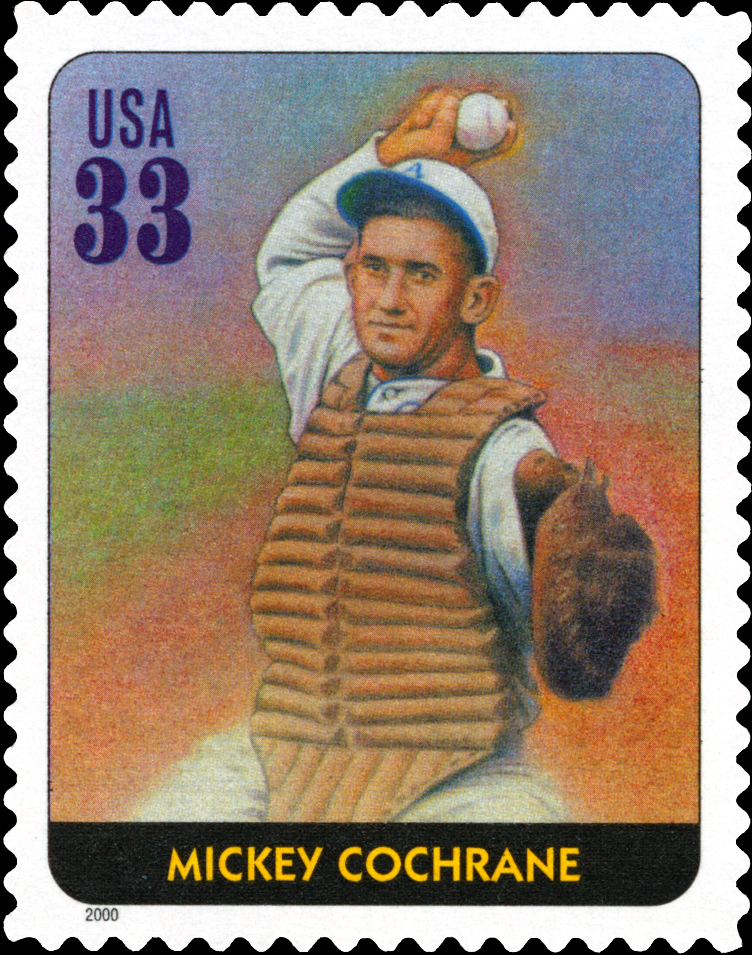 The Legends of Baseball pane of 20 33¢ stamps issued in 2000 has this to say about Hall of Fame catcher Mickey Cochrane: "Mickey Cochrane sparked the Philadelphia Athletics' championship teams of 1929-1931 with his potent bat, skill behind the plate, and fierce, competitive spirit."

But that only tells part of the story about Cochrane, who was born April 6, 1903, in Bridgewater, Mass.

His plaque in the National Baseball Hall of Fame also notes that Cochrane led the Detroit Tigers to two league championships and a World Series title in 1935.

During his 13-year Major League career he compiled a .320 batting average and was a potent defender behind the plate. He was named the American League's Most Valuable Player in 1928 and 1934.

Cochrane's career was cut short at age 34 when he was hit in the head by a pitched fastball, but after his playing days were over he managed the Tigers, and later served in the U.S. Navy during World War II.

The 33¢ stamp honoring Cochrane (Scott 3408g) shows him wearing his catching gear for the Philadelphia Athletics.