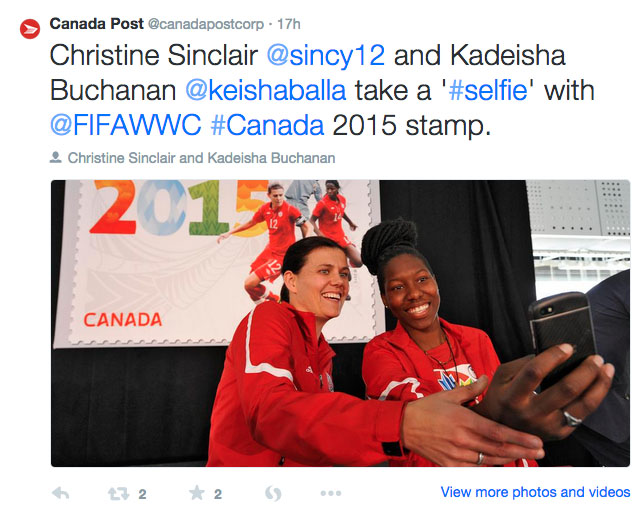 Canada Post launched its new FIFA Women's World Cup stamp Tuesday in Edmonton. Check out some tweets from the event:

It's in the female. Canada Post unveils a commemorative stamp to honour the Canadian Women's Soccer Team. Approved! pic.twitter.com/QauWyQFPHB

"What was surprising was not the success of the Angelou event," writes Bill McAllister. "It was the huge turnout for the Appomattox ceremony and the long lines that collectors reported of people buying the Civil War stamps."

One of the more arcane U.S. collecting areas is Indian Reservation stamps. But that doesn't mean they're not worth a try.