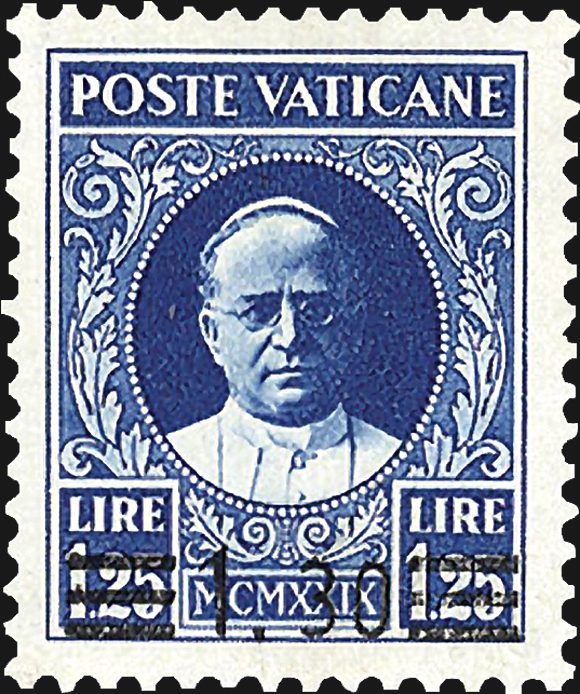 The May 5-6 Cherrystone auction includes many worldwide stamps and covers. This 1934 Vatican City rarity with a listed overprint variety is never hinged. 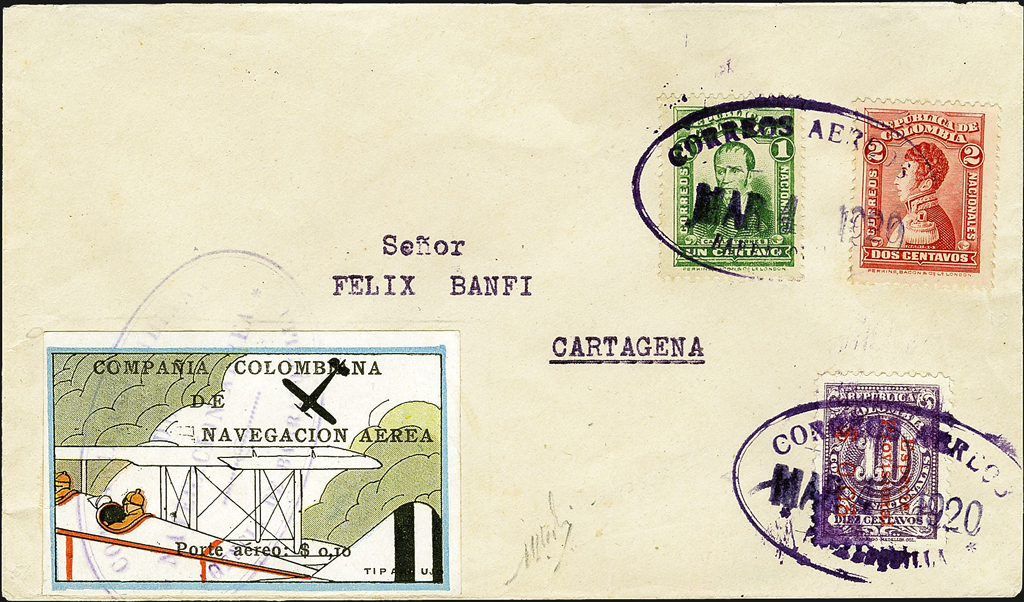 One of nine covers to be offered together as a single lot in the May 5-6 auction by Cherrystone Philatelic Auctioneers. Each cover is franked with one of Colombia’s nine 1920 Compania Colombiana de Navegacion Aerea surcharged airmail stamps. Anot

Cherrystone Philatelic Auctioneers will hold its next public auction of United States and worldwide stamps and covers May 5-6 in New York City.

The material includes postal history and stamps from Great Britain and the British Commonwealth; Italian states, Italy and its colonies; Germany and its colonies, as well as World War II occupation issues; France and French colonies; Scandinavia; plus classic United States, U.S. offices in China, and many additional U.S. and worldwide offerings, flight covers, collections and large lots.

As the Scott catalog explains, these stamps were created by overprinting a 10-centavo value onto colorful promotional labels prepared by the Curtiss aircraft company and offered in packs of cigarettes.

According to Cherrystone, fewer than 100 sets of these overprinted stamps are believed to have been prepared.

The stamps were issued by Compania Colombiana de Navegacion Aerea during the brief period when the company handled Colombia’s internal airmail service. Mail bearing the airmail stamps also had to have franking with government stamps.

One lot offers the nine Compania Colombiana de Navegacion Aerea stamps unused without gum (as issued). They are described as having a couple of occasional wrinkles and creases, with minute toning on the last stamp, but otherwise fresh and in very fine condition.

A second lot consists of the nine stamps on nine separate covers, each additionally franked with government stamps as required.

Eight of these covers were sent from Barranquilla to Cartagena, and one traveled from Cartagena to Barranquilla.

Cherrystone estimates that fewer than 10 complete sets of covers are possible.

The covers show some adhesive toning and include “appropriate cachets, departure and arrival markings, mostly signed by Herbert Bloch, with five Friedl, one Alex Rendon and three Diena certificates.”

Interested collectors also have two choices when it comes to an unusual Vatican City variety, the 1934 surcharged 1.30 lira on the dark blue 1.25 lira stamp, with the small “30” figures in the overprint (Scott 36a).

One stamp is described as never hinged, perfectly centered, fresh and very fine, pencil signed on the back and accompanied by a “Grande Rarita” Raybaudi certificate.

“Only one sheet of 100 of these sample surcharges were printed and sold by error,” Cherrystone notes. “Many were used, lost or destroyed, hence this is the greatest rarity from Vatican City, probably less than 20 surviving.”

The stamp is listed with an auction estimate of $14,000. The Scott Classic Specialized catalog values a never-hinged example at $30,000.

The same stamp variety with the small “30” figures is also offered canceled on piece with a 1934 postmark, also signed, with a “Grande Rarita” Raybaudi certificate.

The postmarked stamp is listed by Cherrystone with a $7,000 estimate against the Scott catalog value of $16,000.

The Cherrystone auction offers more than 1,600 lots; the items can be viewed and bids can be placed at the firm’s website.