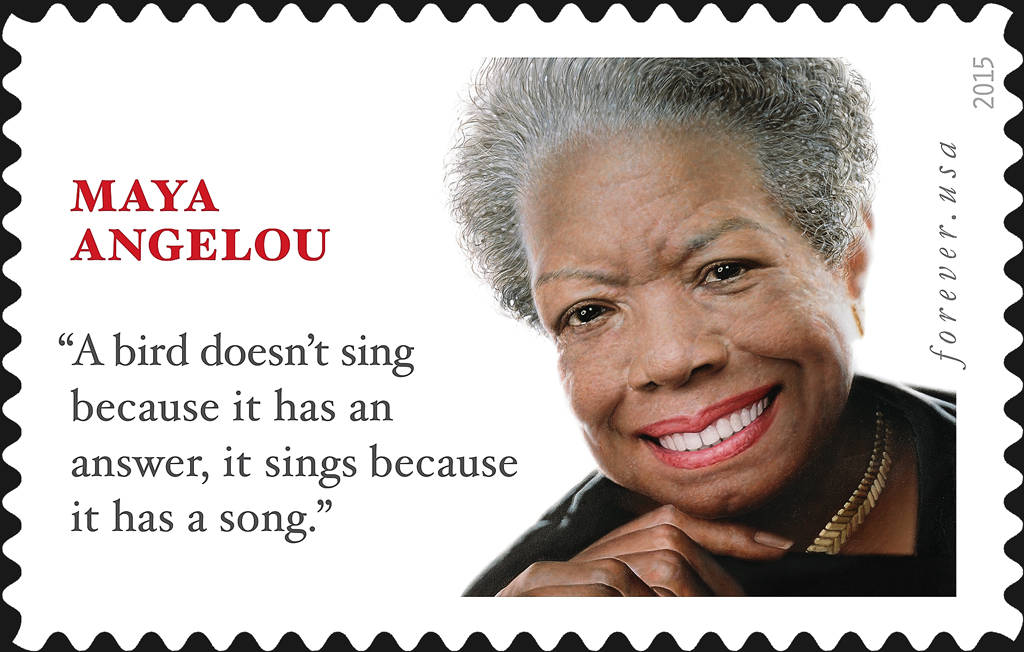 The United States Postal Service selected the quote, "A bird doesn’t sing because it has an answer, it sings because it has a song," to appear next to Angelou's portrait on the forever stamp honoring her.

A number of websites attribute the quote to Angelou. In 1969 the acclaimed author and poet published an autobiography titled I Know Why the Caged Bird Sings, but the line on the stamp isn't from that book, or apparently, from any other book written by Angelou.

Washington Post writer Lonnae O'Neal has reported that the quote on the Maya Angelou stamp that is being issued today (April 7) is nearly identical to a line written by children's book author Joan Walsh Anglund. O'Neal reported April 7 that Anglund has confirmed that the phrase is from her own 1967 book of poetry, A Cup of Sun.

According to O'Neal, USPS spokesman Mark Saunders said that if the Postal Service had known that, it would have used another quote on the stamp. Saunders earlier confirmed that members of the Angelou family had approved the use of the quote.

Anglund, for her part, appears to be extremely gracious about the whole matter, expressing admiration for Angelou and a wish that the postage stamp honoring her will be successful.