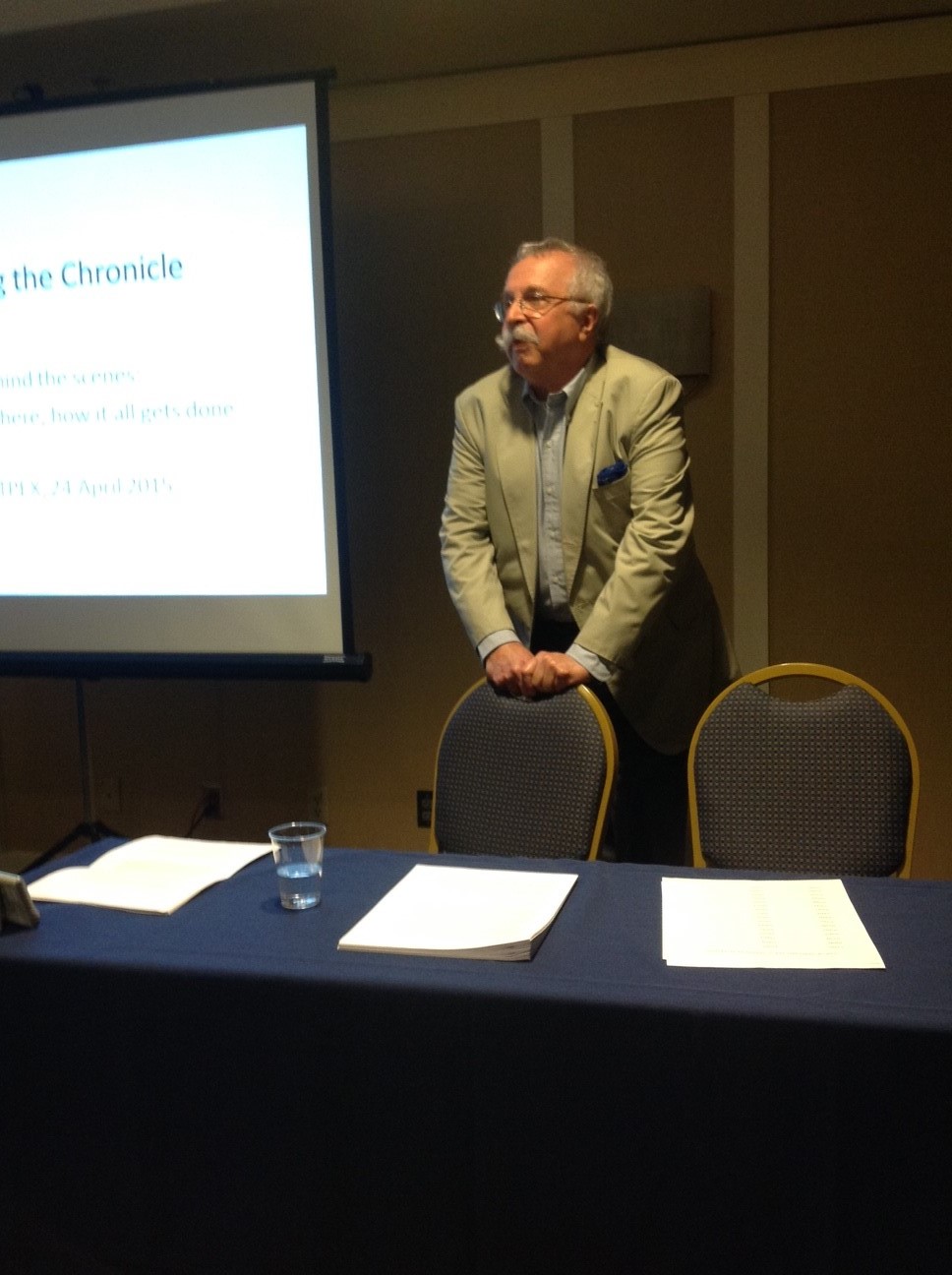 Michael Laurence, the former editor-publisher of Linn's Stamp News, has spent the better part of a half century in the world of print journalism.

At the Westpex show in San Francisco April 24, he shared his decades of experience in a talk titled "Creating the Chronicle — Behind the scenes: How we got here, how it all gets done."

Laurence focused his engaging and often humorous discussion on the editorial aspects of the Chronicle.

He traced the history of this storied publication from its humble beginnings as a mimeographed newsletter for a group of collectors devoted to the 3¢ George Washington stamp of 1851.

"Other important areas, such as advertising, are critical but not talked about here," he began.

There are four keys to the editorial strength of the Chronicle, Laurence asserted.

These are the section editors, the Chairman's Chatter, the professional design of the journal, and rigorous editing.

Among the essential qualities of a section editor are knowledge of the material and the collectors who specialize in that material.

"The section editors are critical to our success, as is their ability to beat the bushes and come up with new articles," Laurence said.

The Chairman's Chatter keeps members abreast of society matters such as finances, upcoming show participation, society awards and so on.

Laurence calls the Chatter "the living breathing nature of the society."

"Having the Chatter allows the Chronicle to contain philatelic scholarship and nothing else."

Laurence opined that other philatelic journals, such as the American Philatelist or the London Philatelist, would be very different if they did not combine editorial content and reports of society matters in one publication.

In a wry aside, Laurence stated that letters to the editor are not published in the Chronicle. "We turn them into articles," he said.

When discussing professional design, Laurence emphasized the physical aspects of the Chronicle.

He recounted how the Chronicle changed in 1963 from an 8½-by-11-inch newsletter to the 7-by-10-inch journal that exists today.

This dramatic transformation, Laurence said, was the result of efforts by an outside production firm whose name has been lost to philatelic history.

Graphic simplicity and the use of just three typefaces give the Chronicle a distinctive look that showcases the content to maximum effect.

Rigorous editing, as Laurence calls it, is essential to effective communication with Chronicle readers.

Laurence wrapped up his presentation by stressing that every writer needs a good editor — a maxim to which he often gave voice during his days as editor of Linn's.

"My job is to make sure everything published in the Chronicle is readable and understandable," he said.