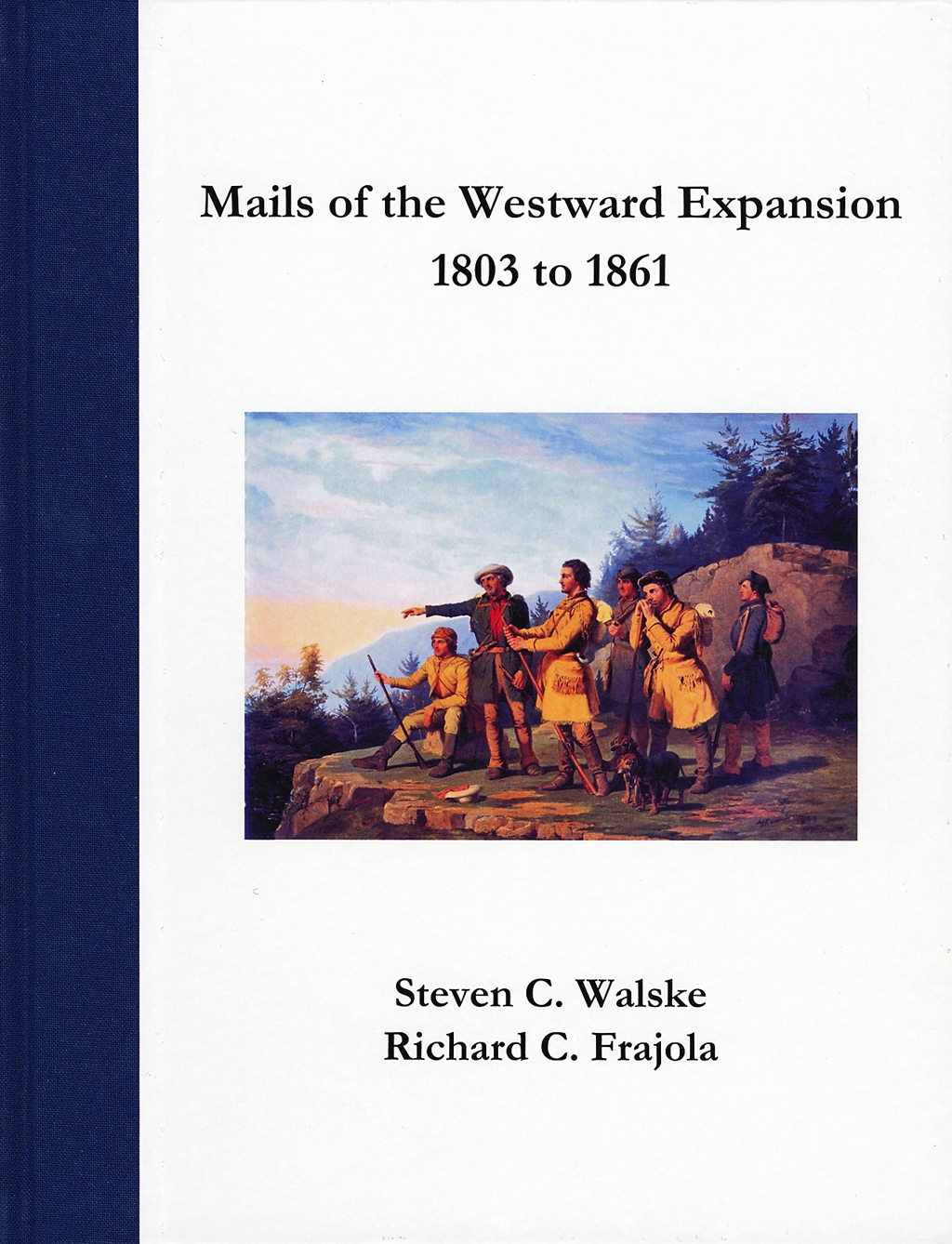 Mails of the Westward Expansion, 1803 to 1861, by postal historians Steven Walske and Richard Frajola, sheds important light on the development of early mail routes in the United States.

Westward expansion in the United States began in earnest in 1803 with the Louisiana Purchase.

As people began moving west, so too did mail routes that kept settlers and other intrepid explorers connected with family and friends back east.

This fascinating period in the evolution of our nation’s mail system is chronicled in Mails of the Westward Expansion, 1803 to 1861.

This latest publication from the Western Cover Society is co-authored by postal history experts Steven Walske and Richard Frajola. It is limited to an edition of 200 copies.

In the preface, the authors note that legendary collector and postal historian Floyd Risvold was their inspiration.

They go on to explain that a “combination of surviving postal artifacts with postal documentation, historical events and geography can be used to accurately re-create the details of a mail delivery system. This is the approach employed in this book.”

An overview of westward mail expansion is provided in the first chapter.

Twelve additional chapters spotlight the various mail routes that developed during the period under consideration, beginning with Santa Fe Trail mail (1821-1850) and concluding with mail carried via the Pony Express during 1860-61.

An eye-catching selection of covers (almost all in color) is used to illustrate how mail moved along a given route. Any one of them would be a standout in a collection or exhibit.

Simplified maps provide the necessary geographic connections that are critical to the authors’ methodology.

Six appendices detail trip lists and sailings for some of the routes. These are most useful when analyzing date markings on a cover to determine how it moved from origin to destination.

Also included is an appendix of simplified U.S. postal rates from 1816-61.

Walske and Frajola’s collaboration is important because it marvelously demonstrates the connection between postal history and the people, places and events that form a country’s historical patrimony.

Historians, as well as postal historians, should have this work in their reference library.

Mails of the Westward Expansion is available for $55 postpaid in the United States and for $75 postpaid to international addresses.