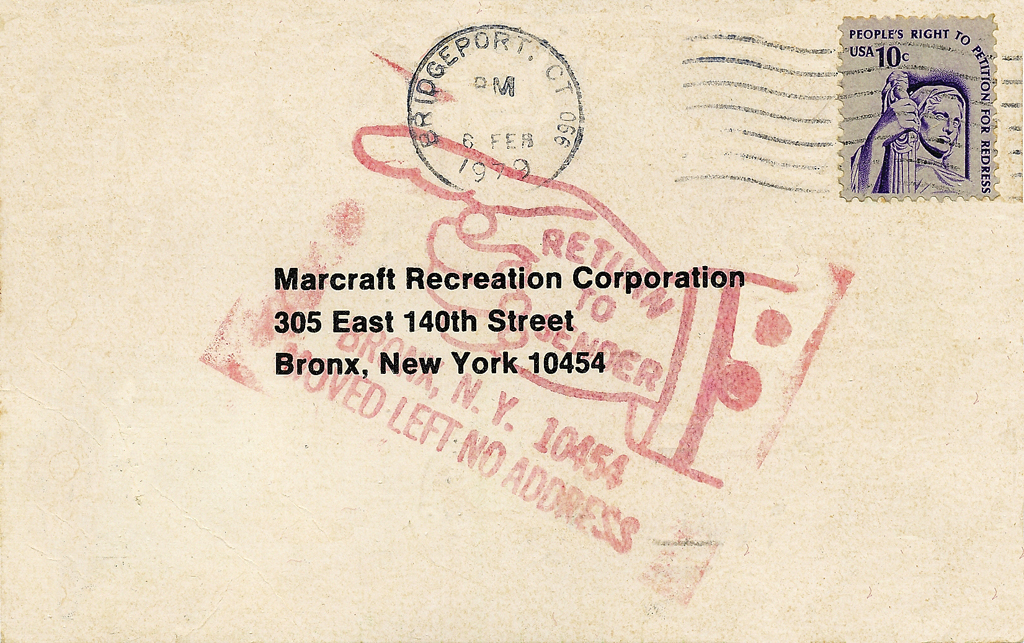 Part of a guaranteed reply-paid postcard, this Feb. 6, 1979, piece is a very rare example of an undeliverable card from the period of 1956-85.

For the past year or so I have been concentrating upon the collecting and exhibiting of unmailable and undeliverable postal cards and postcards.

I actually began by collecting and exhibiting first-class domestic surface matter, including both letters and cards. I still collect both, but began to realize that the return of postal cards and postcards represented a truly different animal than the return of letters - so different that the material from the two categories had to be placed in separate collections and exhibits.

Specifically, I have found that the laws for the return of each group, cards or letters, are quite different.

Until recently, I have found no returns of undeliverable (unclaimed) cards from 1956 until 1985. This is mainly true, I believe, because the laws during this period were such that these returns were not free, except for one exception that was enumerated in the Postal Procedures Transmittal Letter 15 of April 18, 1956.

This Transmittal Letter indicated that “Double cards (reply-paid card) having postage affixed to the reply portion and bearing the sender’s return address and his guarantee to pay return postage, must be: (1) Marked on the original portion for return to the sender and endorsed to show the reason for nondelivery, (2) Reverse folded so that the address side of the reply portion is faced out, (3) Postmarked on the face of the reply portion, and (4) Returned without collection of additional postage.”

The Feb. 6, 1979, reply-paid postcard illustrated here was originally part of a guaranteed reply-paid postcard sent from the Marcraft Recreation Corporation in New York City. As required, it had return postage (the 10¢ Americana series People’s Right to Petition for Redress stamp) on the reply half of the card.

By their nature, reply-paid cards, whether private or government, had their return postage paid in some manner, so they were not returned for free. As required, the 1979 card shown here was postmarked on the reply half, and the reason for nondelivery – “MOVED LEFT NO ADDRESS” – was rubberstamped on it.

After much searching, needless to say I am very pleased that I found this example of a returned undeliverable card from the 1956-85 period.