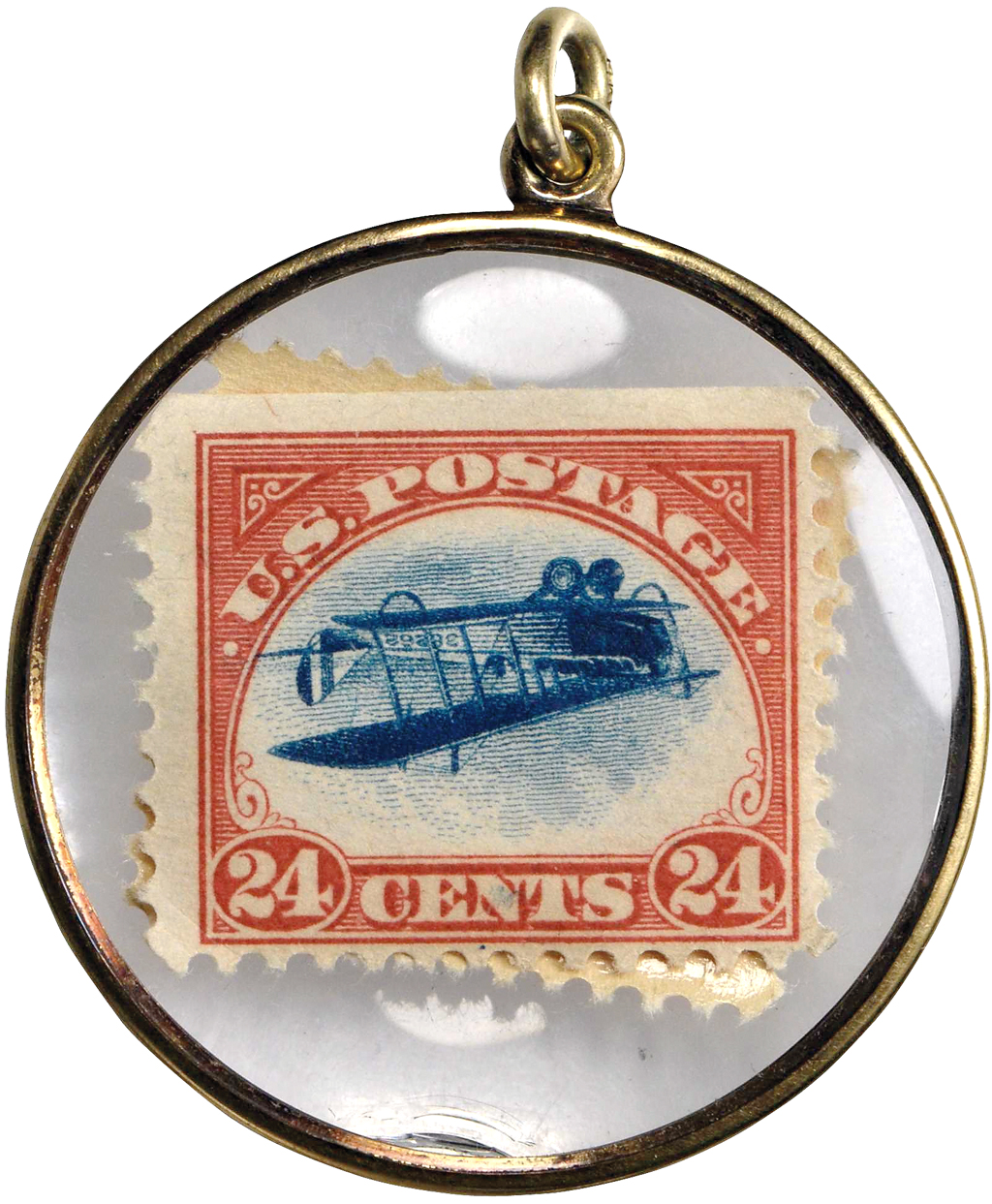 The position 9 “Locket Copy” of the Jenny Invert will be auctioned May 20 in New York City by Stack’s Bowers, in association with Sotheby’s. Image courtesy Stack's Bowers Galleries.

The 24¢ Jenny Invert is America’s most widely recognized stamp error. When the airmail stamp was issued in 1918, just 100 examples with the airplane flying upside down were discovered in a single pane. But after that discovery pane was broken up, only one error stamp was snapped into a crystal locket and given as a gift from a collector to his wife.

Known to the collecting world as the “Locket Copy,” that position 9 Jenny Invert (United States Scott C3a) will be auctioned May 20 by Stack’s Bowers, the prominent coin and currency auction house in Irvine, Calif.

The auction is taking place at Sotheby’s in New York City at 1334 York Ave.

On its website, Stack’s Bowers provides a thorough history of the Jenny Invert discovery and Col. Edward H.R. Green’s decision to place one stamp with a top straight edge within a simple transparent locket, back-to-back with a never-hinged example of the 24¢ Jenny airmail stamp printed the usual way: with the plane flying right side up (Scott C3).

The firm describes the stamp as having “extremely fresh bright vibrant colors,” and as “one of only five known never-hinged examples.” It also points out that despite being “gum to gum” with the normal example inside the locket, the two stamps were found to be totally separate when the locket was opened in the course of preparing the accompanying 2010 Professional Stamp Experts certificate.

The Locket Copy is the only item listed under the postage stamp category in the May 20 Rarities sale, held in association with Sotheby’s.