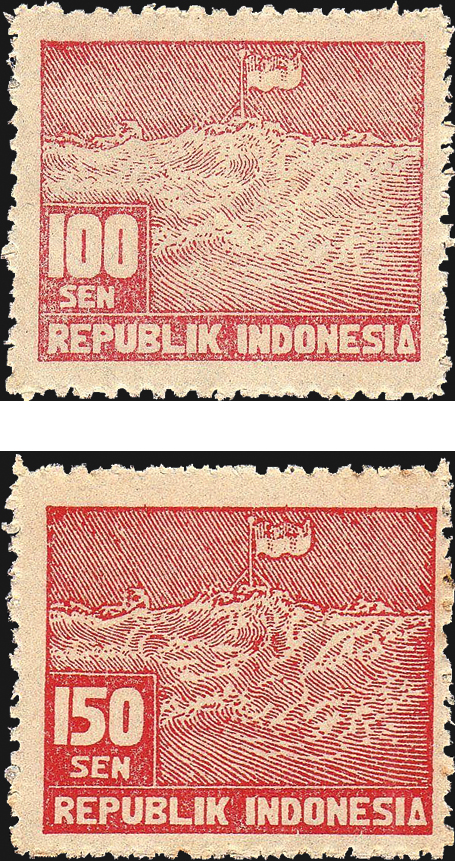 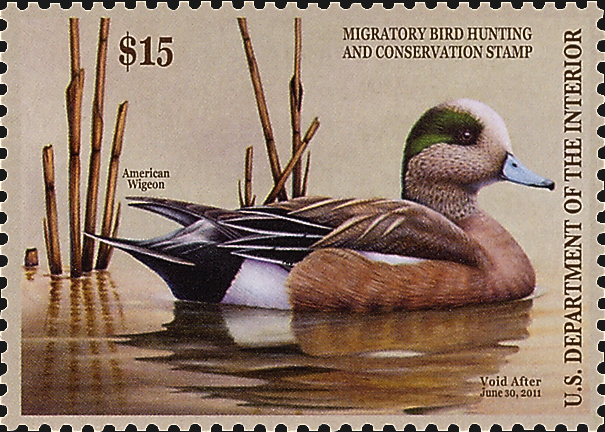 The United States 2010 $15 American Wigeon duck stamp (Scott RW77) is valued in mint never-hinged condition at $25 in the 2015 Scott Specialized Catalogue of United States Stamps and Covers. It is a good buy at $22 to $25.

United States — The Act of Congress of March 16, 1934, set up the federal duck stamp program. Duck hunters were required to buy these revenue stamps, called “hunting permit stamps” in the Scott Specialized Catalogue of United States Stamps and Covers, in order to legally hunt waterfowl.

Receipts from the sale of the stamps were to be used for waterfowl conservation. The first duck stamp was issued in 1934.

Featuring beautiful designs of ducks and other waterfowl based on paintings commissioned for the stamps, duck stamps are popular with many U.S. collectors.

Recent duck stamps are not always easy to find. The steep face value keeps most nonspecialist dealers from stocking new issues in depth.

The self-adhesive version (Scott RW77A) is also a good buy in mint never-hinged condition at the same price. Both versions are valued at $11 in used condition and both are well worth full Scott catalog value.

Indonesia — The Dutch East Indies were conquered and occupied by Japan in World War II. After the Japanese were driven out in 1945, Indonesian nationalists formed a government and declared independence.

A civil war resulted with nationalist and Dutch colonial forces battling until December 1949, when an armistice led to the recognition of Indonesian independence.

In the 2015 Scott Standard Postage Stamp Catalogue, local post issues for Java have catalog numbers prefixed “1L,” while those for Sumatra are prefixed “2L.”

On July 20, 1949, the Javanese local postal system issued an imperforate set of two Flag over Ocean Waves stamps (Scott 1L46-1L47) to commemorate the return of the Indonesian government to Jakarta. The imperforate stamps are inexpensive, but the stamps also exist crudely perforated gauge 11 (1L46a-1L47a).

The Scott Standard catalog values the perforated varieties at $222.50 in mint never-hinged condition. The set is a good buy at 75 percent to 100 percent of the Scott catalog value. — H.G. & R.M.