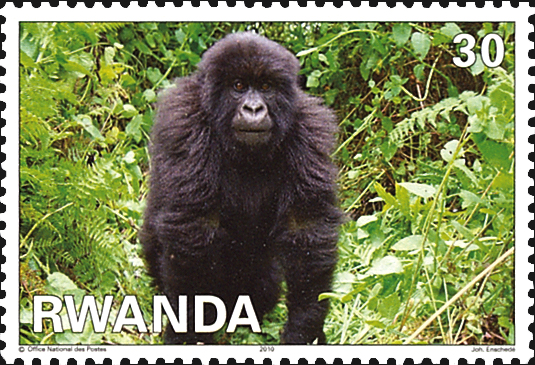 Rwanda’s 2010 set of Mountain Gorilla stamps (Scott 1404-1407) is a good buy in both mint never-hinged condition and used condition at the 2015 Scott Standard Postage Stamp Catalogue value of $35. 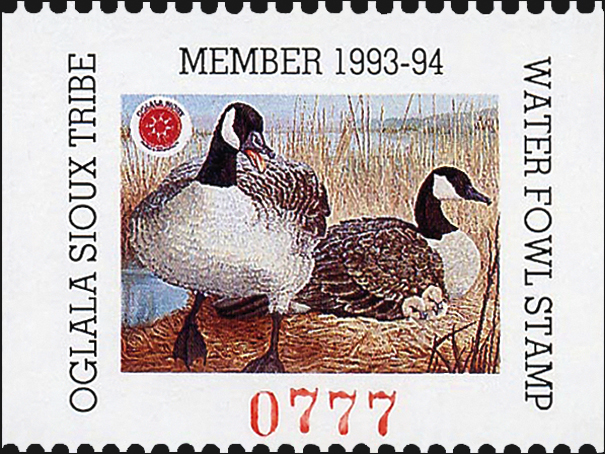 Owned and operated by an Indian tribal authority under the auspices of the Bureau of Indian Affairs, the reservations are outside of the administrative control of the state in which they are physically located, and often exempt from many of the state laws.

Since 1959, hunting, fishing, and conservation stamps have been issued by a number of tribes for the reservations they control. The stamps were often issued in very limited numbers. Some are quite valuable, although most sell at some discount from catalog value.

The designs range from utilitarian typeset to beautiful illustrations of wildlife. The 2015 Scott Specialized Catalogue of United States Stamps and Covers has a partial listing of some stamps, particularly those relating to the hunting of waterfowl, but at this point it is still a work in progress.

If you want to get serious about collecting this area, you should obtain a copy of A Comprehensive Catalog of Indian Reservation Stamps edited by Michael Jaffe.

If you just want a taste to see what it is like, the Pine Ridge (Oglala Sioux) Indian Reservation $4 Canada Geese waterfowl stamp (Scott 3) might be a good place to start. The Scott Specialized U.S. catalog values the stamp in mint never-hinged condition at $11, and it is a good buy around $7.

Rwanda — This former German colony and Belgian trust territory in Central Africa is widely known for two things: genocide and mountain gorillas.
Rwanda was part of German East Africa before World War I, when it was taken by the Allies. It was mandated to Belgium by the League of Nations, and its name changed to  Ruanda-Urund. After World War II, the League of Nations mandate was transferred to Belgium as a trust territory. In 1962, the former colony divided into the independent nations of Rwanda and Burundi.

Rwanda has three primary ethnic groups: the Tutsis, Hutus and Twa. Strife between the Hutus and Tutsis has been endemic since independence, periodically erupting into civil wars and massacres. Over a period of about 100 days in 1994, militant Hutus killed approximately 800,000 Tutsis, moderate Hutus and Twa.

On a happier note, Rwanda is one of only three countries where mountain gorillas live. Tourism to view the gorillas in their native habitat has been a mainstay of the Rwandan economy, and the country’s gorilla-themed stamps are avidly collected by primate topical collectors.

On Nov. 15, 2010, Rwanda issued a set of four Mountain Gorilla stamps (Scott 1404-1407). These are evidently the most recent stamps that Rwanda has issued. The Gorilla set was not widely distributed and is difficult to find. The Scott Standard Postage Stamp Catalogue values the set in both mint never-hinged condition and used condition at $35 with the value in italics. It would be a very good buy if you can find it at that price. The few dealers who offer it have it listed at $45 to $50 or more. — H.G. & R.M.