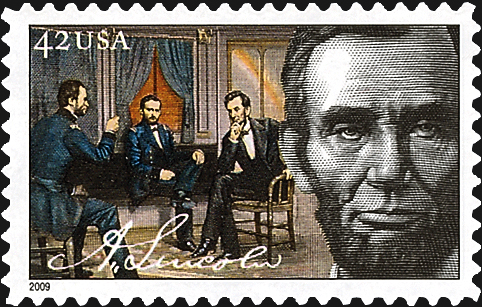 The cartoon caption contest for May is this 42¢ Abraham Lincoln as President stamp from a 2009 block of four honoring his 200th birth anniversary. Put yourself under his stovepipe hat and share what he might be thinking or saying about his view of the United States today, the stamp hobby, or anything else that strikes you. The rules to enter the contest are in the accompanying article. Entries must be received by e-mail or at Linn’s by May 25 for a chance to win a prize. 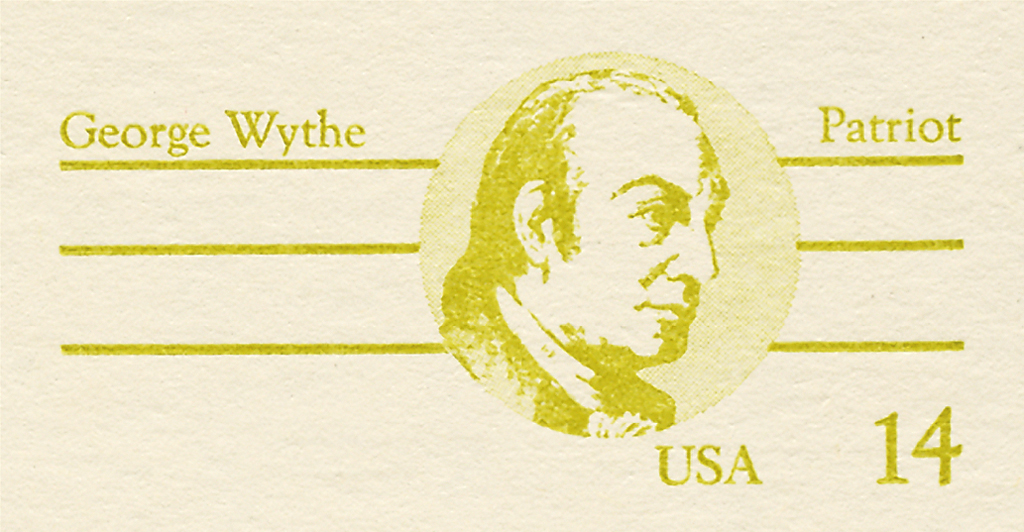 The 14¢ George Wythe postal card in 1985 (Scott UX108) was issued in 1985, continuing the series of postal cards honoring patriots. 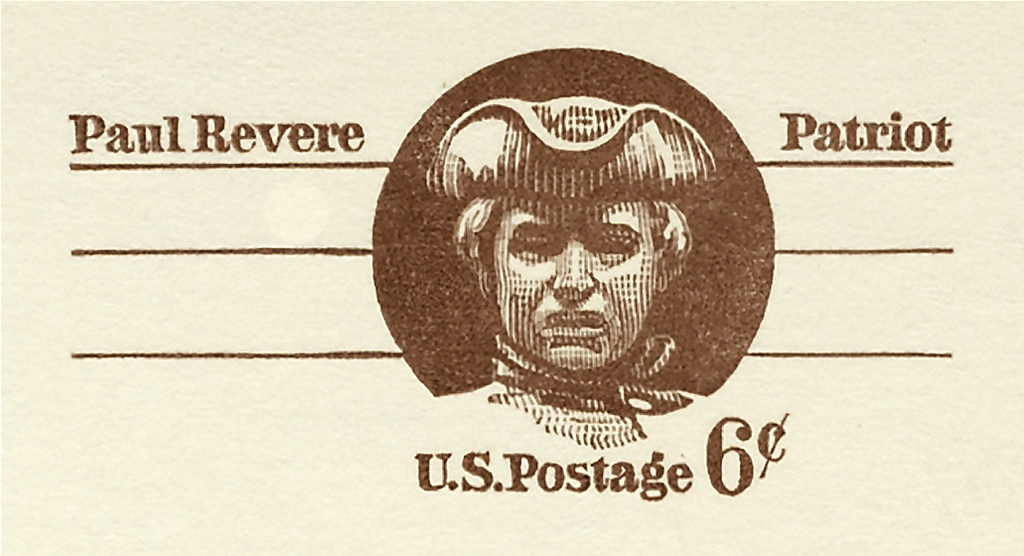 The 6¢ Paul Revere card of 1971 was the first in a series of single-color postal cards honoring patriots of the American Revolution. 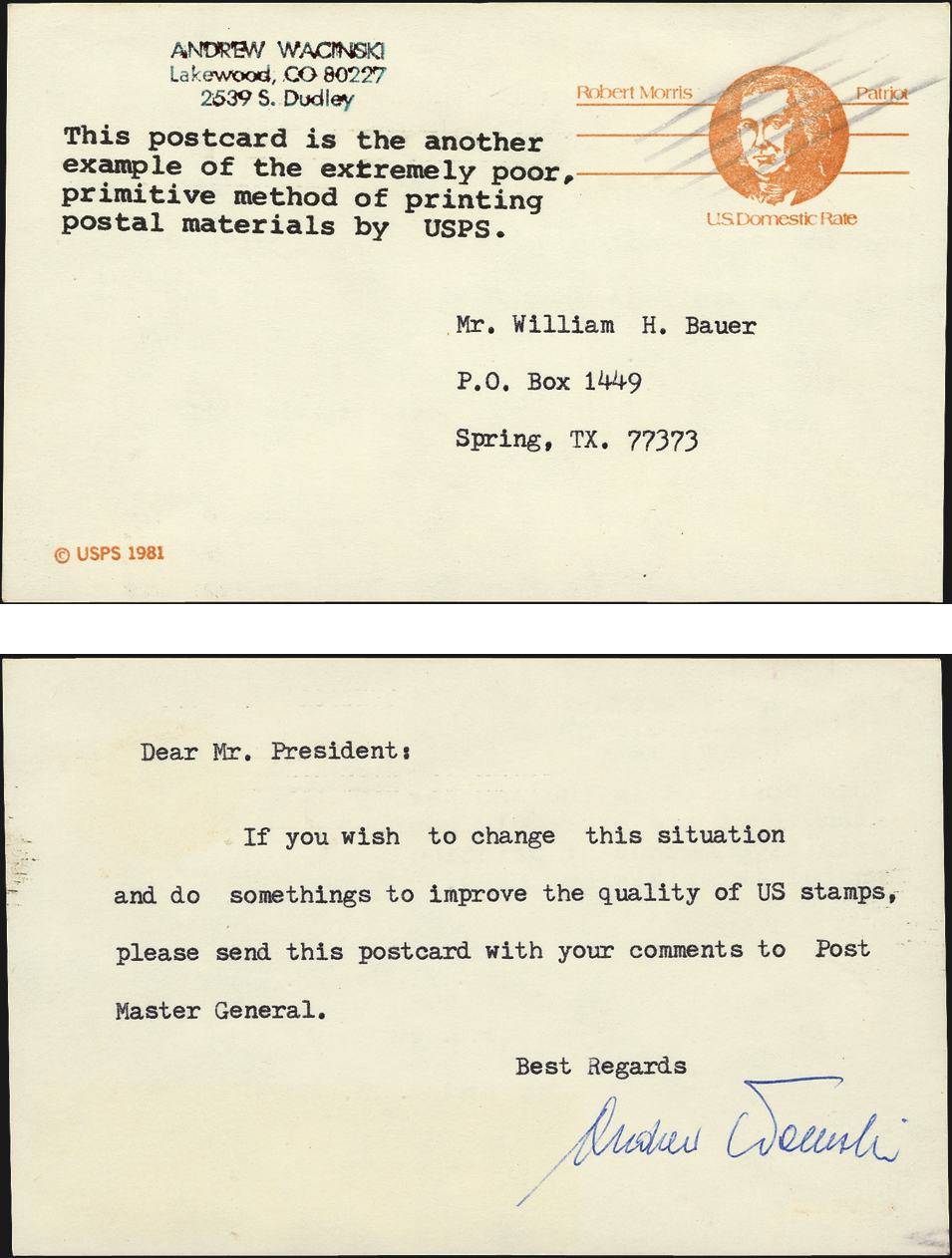 Robert Morris is honored on this 1981 postal card, a poorly printed product that led to collector protests. The card is addressed to William Bauer, president of the American Philatelic Society at that time.

We don’t see much in the way of organized protests in philately. More likely are individual complaints that can reach a volume level and consistency that compel some degree of attention from the presumed offender.

But there is the occasional organized protest. Such was the case when the Robert Morris postal card was issued in 1981 (Scott UX92). This nondenominated “domestic rate” postal card is part of a series featuring patriots of the American Revolution. Each card includes the word “patriot” at upper right.

A total of 150 million nondenominated Morris post cards were produced, followed by 1.2 billion of the Morris design issued as a 13¢ postal card (UX93).

The print quality on these cards ran from poor to barely adequate; and the color chosen, a sickly orange, did not contribute to the attractiveness.

Some collectors decided a protest was in order, and Morris cards were prepared for that purpose. On the front they bear the message, “This postcard is the [sic] another example of the extremely poor, primitive method of printing postal materials by USPS.”

This was not entirely accurate, as the printing was done by the U.S. Government Printing Office to Postal Service specifications. And there can be little doubt that one major object was cost containment.

The card shown nearby is addressed to Bill Bauer, who was at that time the president of the American Philatelic Society.

The message on the back reads, “Dear Mr. President: If you wish to change this situation and do something to improve the quality of US stamps, please send this postcard with your comments to Post Master General.”

How many people sent cards to Bauer or other people in office I don’t know.

What I do know is that the Morris card was not appreciably worse than its predecessors in the series, all with the same basic design style and print quality:

If the Morris postal cards were the straw that broke the camels back, it can be said that only two additional similar designs were released: domestic-rate and 14¢ Charles Carroll postal cards and 14¢ George Wythe postal cards in 1985 (Scott UX105-UX106 and UX108).

All of these were produced by the Government Printing Office on a web-fed rotary press using letter press.

Other contemporaneous postal cards were produced by the Government Printing Office on a multicolor offset press. These cards are much more attractive and much more consistent in card stock, ink color, and quality.

I have to believe that the Government Printing Office, which has always prided itself on high quality work, must have been embarrassed by the single- color letterpress products.

For each winner, the prize will be the book Linn’s Stamp Identifier, published by Linn’s (a retail value of $12.99), or a 13-week subscription to Linn’s (a new subscription or an extension). To be considered for a prize, entries must reach Linn’s no later than May 25.