APS board reports to members in Grand Rapids 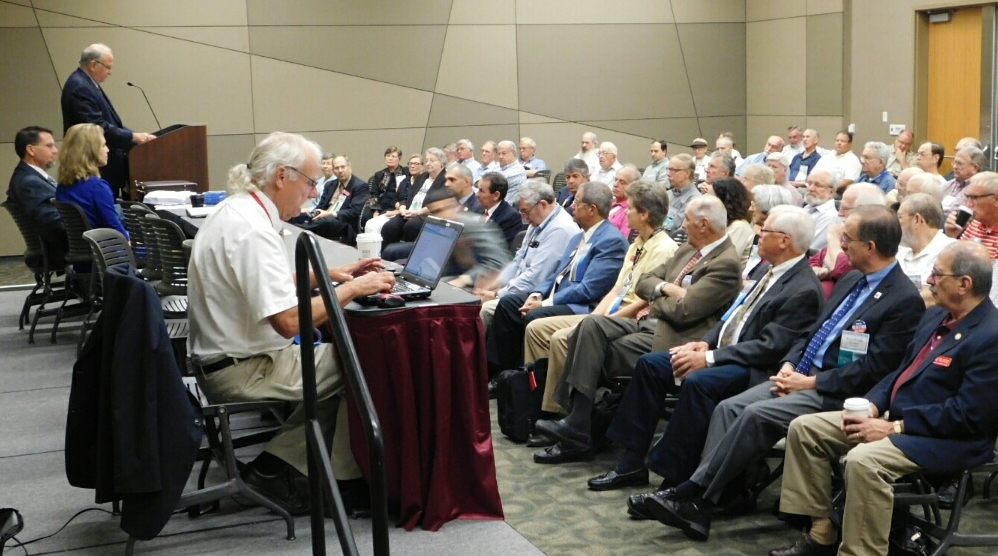 At the Aug. 22 general membership meeting of the American Philatelic Society, APS President Stephen Reinhard announced that he would not run for reelection when his current term expires next year.

Reinhard ran unopposed for the APS presidency in 2013, succeeding the previous APS President Wade E. Saadi. Reinhard had previously served the APS as a member of the board of vice presidents.

Board members and APS staff were introduced to the members in attendance, include the society’s new executive director, Scott English.

Treasurer Ken Nilsestuen reported “The American Philatelic Society and the Library are in good financial condition.”

Reinhard noted that the APS membership figures continue to decline, but added that the rate of decline has decreased.

English and Matt Liebson, the new chairman of the APS Membership Committee, spoke to the membership decline and efforts to reverse it. “We will turn this around,” Liebson said.

The membership meeting was held at DeVos Place Convention Center in Grand Rapids, Mich., during the APS Stampshow.