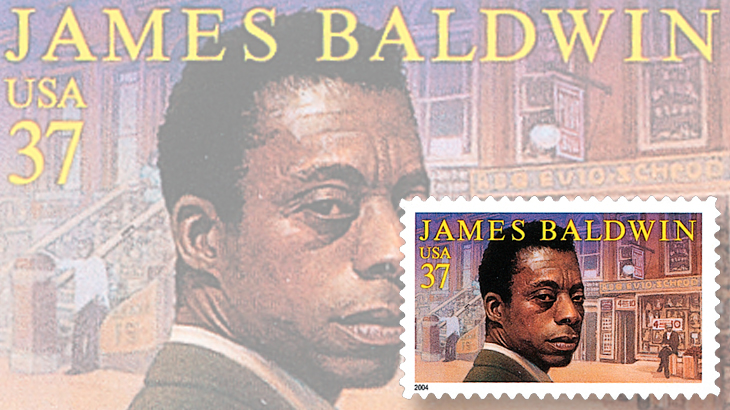 James Baldwin was born in Harlem on Aug. 2, 1924, the oldest of nine children growing up in poverty. While in high school, he was editor of the school magazine, working with a friend, Richard Avedon, who would become one of America's premier photographers.

After a taking on a series of jobs while developing his writing, he befriended author Richard Wright, who encouraged Baldwin's efforts and helped him secure funding to complete his first novel, Go Tell it on the Mountain (1953).

Baldwin pushed through many literary boundaries of his time by addressing racism, and interracial and same-sex relationships in his books and essays. Baldwin lived in France and other countries for many years, frustrated by the discrimination he encountered in his own country.

While in the United States, he traveled in the South and reported on the civil rights movement, becoming a prominent voice during that turbulent period.

His later works include additional novels, stories, plays and essays, including the acclaimed collection The Fire Next Time (1963).