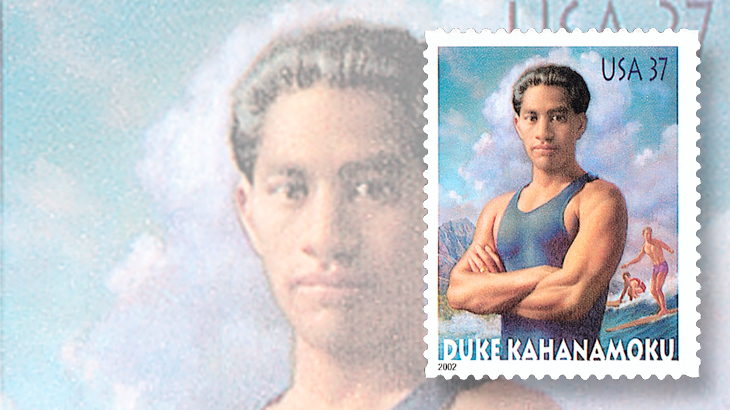 “Duke” was Kahanamoku’s first name, though he would come to be respected as royalty in the sport of surfing.

An avid swimmer and surfer, Kahanamoku competed in Hawaiian swim meets and qualified for the United States Olympic team in 1912, where he won gold in the 100-meter freestyle and silver in the 200-meter relay.

He would later win medals for swimming at the 1920 and 1924 Olympic Games as well.

Kahanamoku always took his surfboard with him in his travels, and introduced the sport to athletes all over the world, including California in 1912, and Australia two years later. He also designed and built lighter and more maneuverable boards.

His domination of surfing and his efforts to popularize the sport led him in 1965 to be the first inductee into the International Surfing Hall of Fame. He was named Surfer of the Century in 1999 by Surfer magazine.

Kahanamoku also enjoyed a career in films, and in later years was elected to the office of city and county sheriff of Honolulu. He died in 1968.

A 37¢ commemorative stamp honoring Duke Kahanamoku was issued Aug. 24, 2002, marking what would be his 112th birthday.