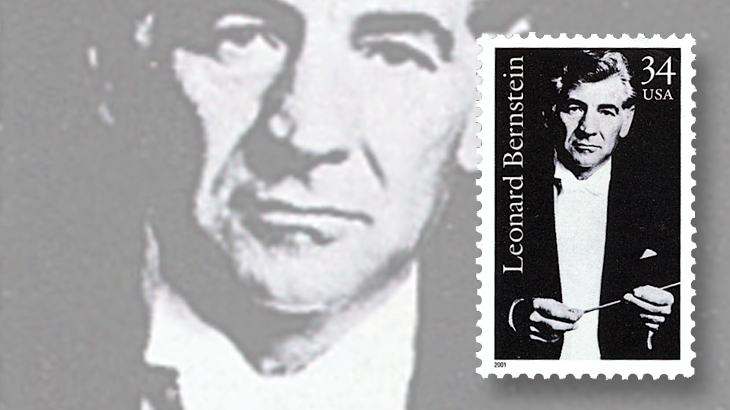 In 1940 he completed work on his first symphony, Jeremiah. He was named assistant conductor of the New York Philharmonic in 1943, and later that same year he filled in for an ailing Bruno Walter, conducting the orchestra in a nationally broadcast Carnegie Hall concert.

The year before saw the Broadway premiere of West Side Story, which Bernstein composed in collaboration with Arthur Laurents and Stephen Sondheim, and choreographer Jerome Robbins.

Bernstein became a familiar figure to Americans by using television to introduce them to classical music, including the popular CBS series, Young People’s Concerts.

He was a prolific composer whose many works include his Mass, the musical On the Town, and the comic operetta Candide.