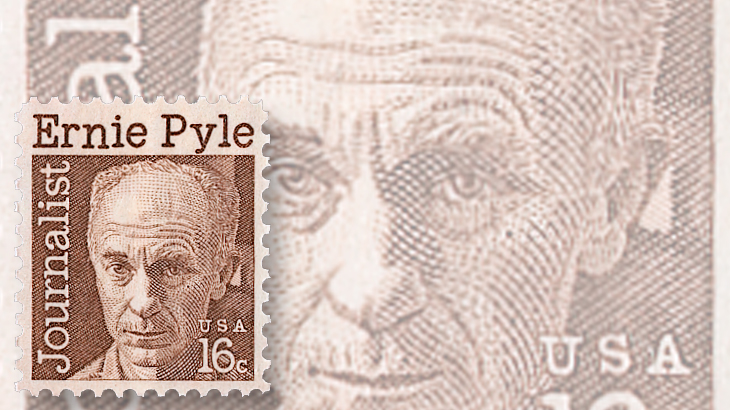 Reporter and editor Ernest Taylor "Ernie" Pyle was born Aug. 3, 1900, near Dana, in western Indiana. He studied journalism at Indiana University Bloomington, but left school before graduation to take a reporting assignment in Indiana. Soon after he was working in Washington, D.C., for The Washington Daily News.

He became the Daily News managing editor in 1932, but began writing a daily column shortly thereafter, traveling the United States in search of interesting local and personal stories.

As America entered World War II, Pyle, now in his forties, became a war correspondent, reporting from the front lines and relaying the perspective of the combat soldier. Working for Scripps-Howard Newspaper Alliance, he was one of the most widely read journalists of the war years, and won the Pulitzer Prize for correspondence journalism in 1944 after reporting from North Africa, Italy and France.

Pyle died April 18, 1945, on the island of Ie Jima, in Japan's Okinawa prefecture, when he was struck by gunfire from enemy forces. He is buried at the National Cemetery of the Pacific in Honolulu, Hawaii. Although a civilian, Pyle was posthumously awarded the Purple Heart in April 1983.

Pyle is honored on a 16¢ brown definitive stamp issued May 7, 1971 (Scott 1398). The design shows an engraved portrait based on a photograph by Alfred Eisenstaedt.