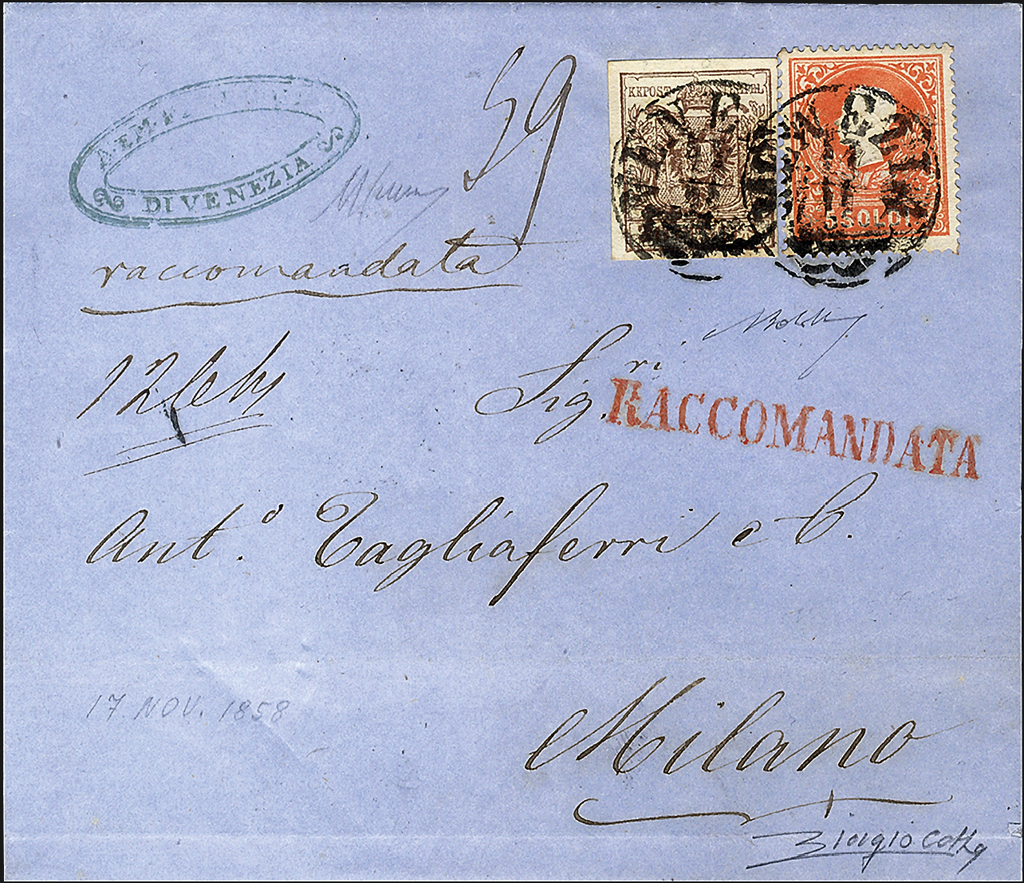 An unusual mixed-issue franking on an 1858 cover from Lombardy-Venetia is among the featured postal history items in the upcoming Cherrystone auction in New York City. 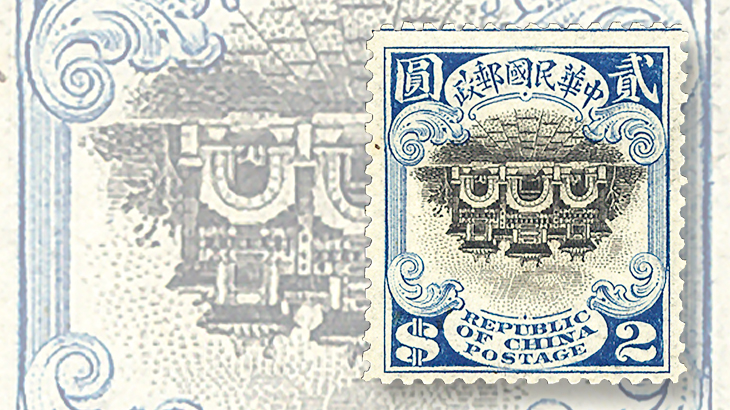 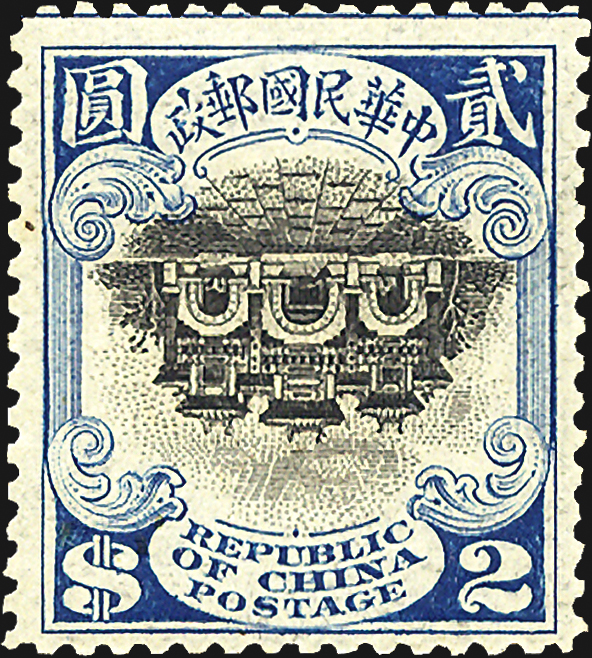 Of China’s “Four Treasures of the Republic,” two are being offered in the Sept. 9-10 Cherrystone auction in New York City, including this 1915 Hall of Classics error with center inverted.
Previous
Next

Many other desirable stamps and covers from the United States and around the world are also being offered during the two-day sale.

The first of the two choice China selections is an unused example of the 1915 first Peking printing of the perf 14 $2 blue and black Hall of Classics stamp with center inverted.

The stamp is described as “a striking example of this rarity which is particularly well centered and with strong colors on fresh paper, with guide line at top, l.h. [lightly hinged], very fine gem with great eye appeal and one of the great rarities of Chinese Philately.”

According to Cherrystone, it is believed that only about 30 examples of this error are known. This example is accompanied by a 2009 Pascal Scheller expertization certificate with photograph.

Cherrystone has the stamp listed with an estimated net realization of $100,000.

The $2 Hall of Classics invert is considered one of the “Four Treasures of the Republic,” and so is the very next stamp offered in this auction, another invert error.

The 1923 first Peking printing of the 2¢ surcharge on 3¢ blue-green Junk stamp has the 2¢ red surcharge inverted (Scott 247a). This stamp has a 2009 Pascal Scheller certificate.

There are believed to be fewer than 20 examples of this error. This example is offered with Cherrystone’s estimated net realization of $150,000, against the 2015 Scott Classic Specialized catalog value of $200,000.

A standout item among the postal history offerings is a mixed-issue combination franking 1858 letter from Lombardy-Venetia to Milan, franked with the imperforate 30-centesimi brown on machine-made paper and the perforated 5-soldi rose Type I stamp, both of which are tied by individual strikes of the Venetia 17/11 circular date stamp.

The front of the cover boasts a clear “Raccomandata” handstamp, while the back has an arrival postmark.

There has been some minor paper strengthening “along the filing folds and on back,” according to the auction description.

A number of proofs and essays turn up among the U.S. and worldwide offerings, including a nice large die trial color proof in black of the 1861-66 90¢ George Washington stamp (Scott 72TC1).

Among the European proof offerings is one lot of 45 different artist-signed die proofs of Monaco’s 1956 Royal Wedding issue in a “variety of papers, formats and sizes, also colors and shades, mostly fine-v.f.”

The Cherrystone auction is posted online, with opportunities to view the individual lots and place bids.