Could ‘A Charlie Brown Christmas’ be the next U.S. blockbuster stamp issue? 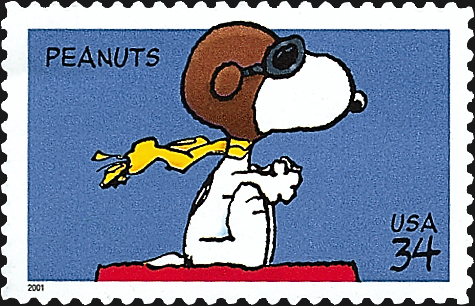 Will the United States Postal Service issue a Christmas stamp this year to celebrate the 50th anniversary of the classic television musical special A Charlie Brown Christmas?

My colleague Marty Frankevicz, senior editor for new issues for the Scott catalogs, and I were speculating what 2015 stamps have yet to be revealed by the Postal Service.

At this time each year, Marty prepares the list of the current year’s U.S. stamps that have been announced by the Postal Service but will be issued later in the year.

The list will be included in the 2016 Scott Specialized Catalogue of United States Stamps and Covers.

Marty was puzzled that no mention has yet been made by the USPS, at least publicly, of the subjects of this year’s holiday and Christmas stamps.

Experience tells us that when the USPS delays an announcement of a stamp subject, the stamp or stamps in question sometimes turn out to be blockbuster issues.

The first subject that came to our collective minds was Peanuts. A quick Internet search, and we had what we thought might be the answer: 2015 marks the 50th anniversary of the first broadcast of the animated A Charlie Brown Christmas special based on Charles Shulz’s ever-popular Peanuts comic strip.

If our speculation turns out to be true, the stamp issue could coincide with the much-anticipated (at least by the young at heart) The Peanuts Movie, scheduled to be released Nov. 6.

We can see the stamp designs in our mind’s eye: the Peanuts gang singing Christmas Time Is Here at the ice skating rink; a depressed Charlie Brown opening his empty mailbox and finding no Christmas cards; Snoopy decorating his doghouse for the neighborhood lighting display contest; and, of course, Charlie Brown’s sad little sapling Christmas tree.

Our speculation isn’t without reason.

The cartoon Peanuts appeared on the secret list of stamp subjects leaked by the Washington Post in February 2014.

The stamp issue would come on the heels of the 2014 Rudolph the Red-Nosed Reindeer forever stamp issue (Scott 3946-3949), which proved popular among collectors and the public.

The Postal Service issued a 34¢ stamp (Scott 3507) in 2011 honoring the Peanuts comic strip and featuring Snoopy as a World War I flying ace atop his red doghouse.

Peanuts fans shouldn’t get their hopes up until the USPS makes an announcement. Until then, I’ll keep my fingers crossed.