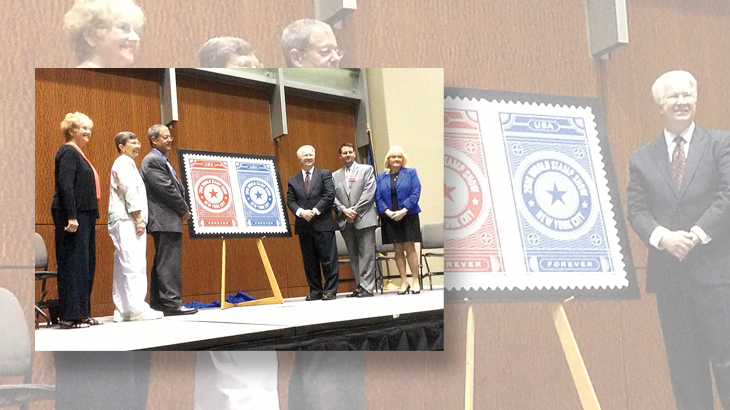 The show is being held Aug. 20-23 at the DeVos Place Convention Center.

The 11 a.m. ceremony was well attended by collectors who had entered the show just an hour earlier.

The two stamps, which alternate red and blue across the pane of 20, combine elements of classic stamp designs with text promoting next year's big international show in New York.

“As Postmaster General, I encourage everyone to attend the World Stamp Show in 2016. Stamps honor America’s history, heroes, and heritage. Each stamp tells a story, reflecting the diverse people and experiences that have changed our great nation. Whether you’re a longtime collector or a beginner, I’m sure you’ll find lots to celebrate at the World Stamp Show.”

World Stamp Show-NY 2016 is taking place May 28 through June 4 at the Javits Center in New York City.