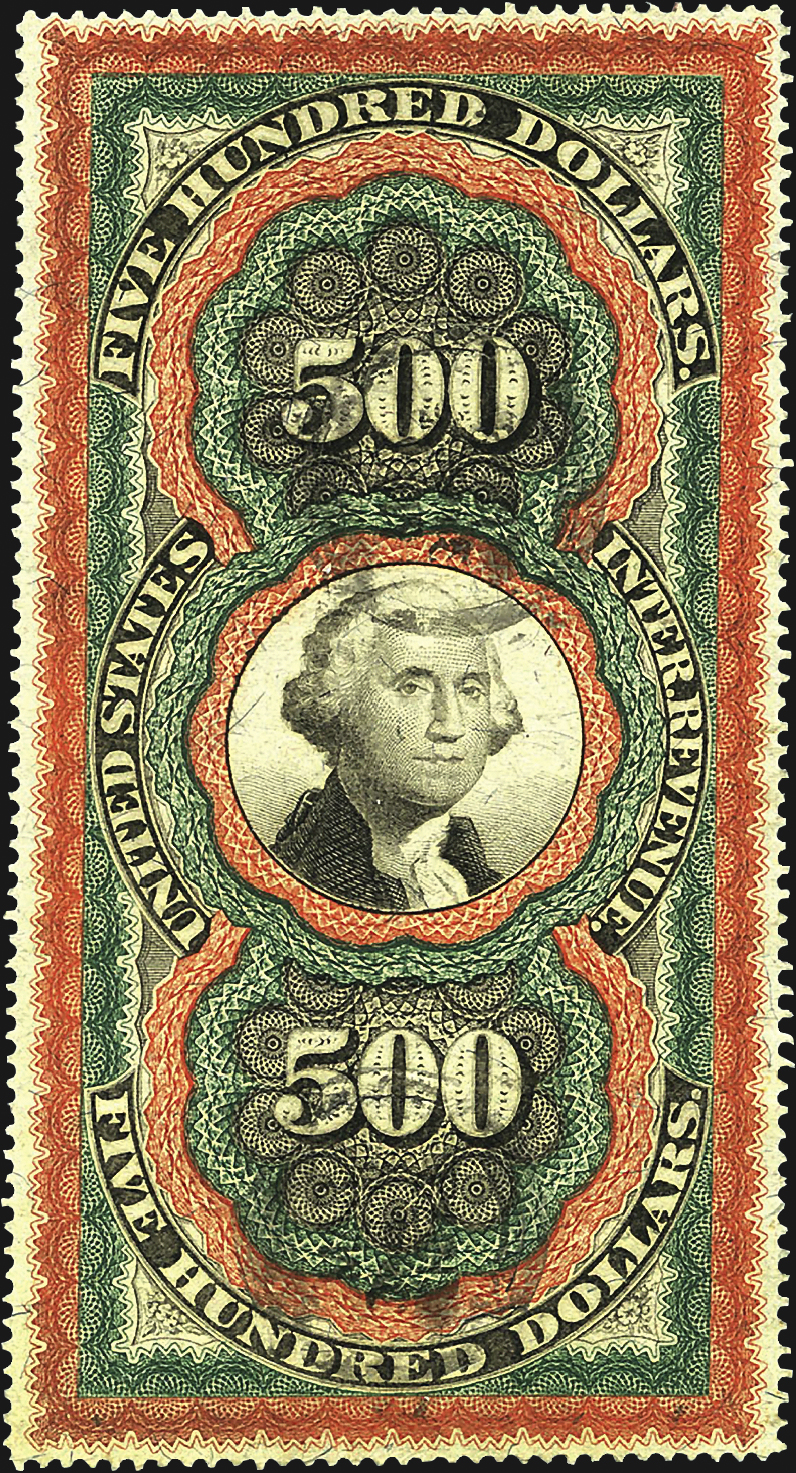 Among the revenue stamps at the Aug. 20-22 Harmer-Schau auction is this example of the large “Persian Rug” $500 second issue revenue. 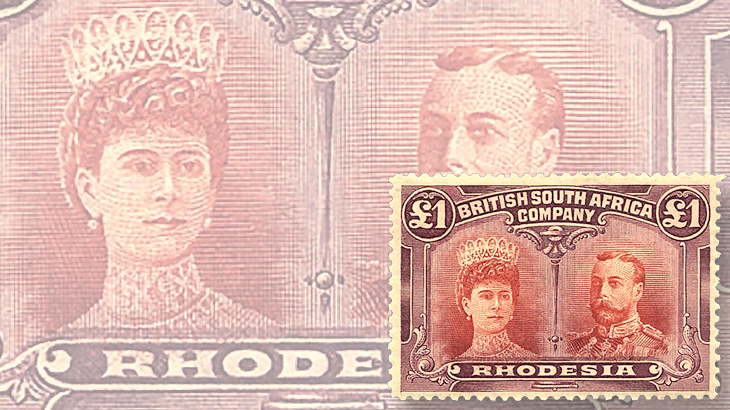 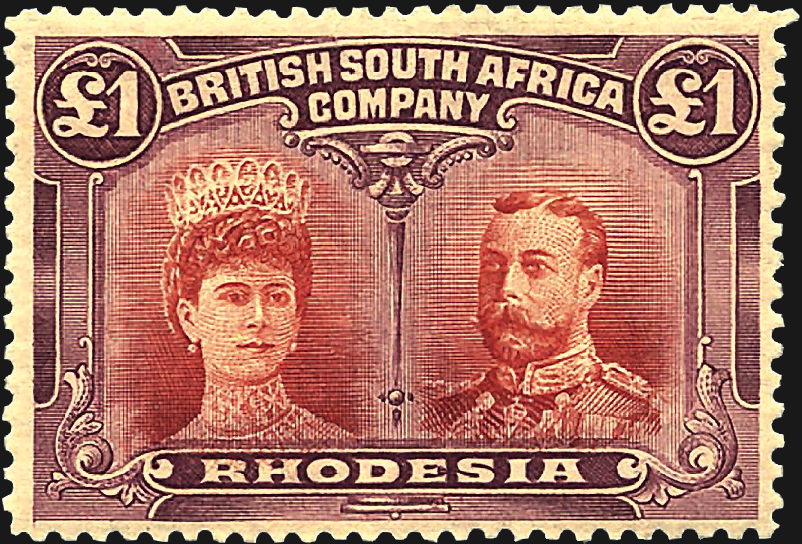 This example of the 1910 Rhodesia £1 Double Head error of color offered during the Aug. 20-22 auction by Harmer-Schau has full original gum and attractive centering.
Previous
Next

The Harmer-Schau auction at the American Philatelic Society Stampshow in Grand Rapids, Mich., offers a broad array of United States and worldwide stamps and covers, as well as collections that highlight selected material from a number of specialist collectors.

The auction is taking place in three sessions on Thursday, Friday and Saturday, Aug. 20-22.

It begins with more than 100 lots of Texas postal history from the award-winning Vince King exhibits. An 1820s cover from the Mexican period with a handsome red oval “Bexar” (later San Antonio) handstamp leads off the grouping, which extends into republic, statehood, Confederacy and post-Civil War period material.

More than 1,000 foreign and British Commonwealth lots fill up the Thursday session, including Rhodesia stamps from the Sundback collection that encompasses the 1892 Arms issue, the 1910 Double Head stamps and the 1913-24 Admiral issues.

The Double Head stamps depicting Queen Mary and King George V (Scott 101-118) are well-represented, with some 75 lots of singles, sets and larger groupings that include some of this issue’s intriguing varieties. Among these is an especially nice example of this set’s grand finale: the £1 carmine (scarlet) and reddish mauve color error (Scott 118d).

The £1 stamp was printed in two colors, bluish slate and carmine, but 14 years after it was issued, two sheets of 50 printed in carmine and reddish mauve were discovered in a grouping obtained by the Stanley Gibbons firm.

Most of the £1 error stamps are centered to the bottom and/or right, but that condition is certainly minimal on the example offered (shown above), which is described as very fine by Harmer-Schau. The auction description further notes that “the stamps from both sheets possess gum disturbance to some degree, with this example showing full original gum,” and calls this a “gorgeous copy with excellent color.”

Tuesday’s session begins with autographs, including presidents and astronauts, and continues with U.S. postal history by state, and a large number of U.S. singles, multiples and stamps on cover.

The classic U.S. issues start off with postmasters’ provisionals and the 1847 issue, offering numerous examples of the 5¢ and 10¢ stamps (Scott 1-2) in singles or pairs and on cover. There’s a particularly strong group of the 1882 5¢ Garfield (Scott 205) with essays and proofs, stamps and postal history, and a nice selection of the 1930 Graf Zeppelin issue (C13-C15).

The revenue stamp selection has an especially handsome example of the coveted “Persian Rug,” the large 1871 $500 second-issue documentary stamp (Scott R133) with its bold three-color engraved design that never fails to attract attention.

This used example (shown here), “with light circular cut handstamp cancels,” does not have any manuscript cancel, and is described by Harmer-Schau as very fine. It is identified as No. 28-3 in the Kingsley census and is accompanied by a 1998 Professional Stamp Experts certificate.

Collectors of modern material will find some appealing error varieties, with an imperforate pair of the 1973 $1 dull purple Eugene O’Neill coil (Scott 1305Cd), a vertical pair of the 1989 25¢ Ernest Hemingway commemorative imperforate horizontally (2418a), and many others.

The sale concludes with a broad selection of U.S., specialized foreign and worldwide collections and ephemera.

The Harmer-Schau auction and the APS Stampshow are both taking place at the DeVos Place Convention Center, 303 Monroe Ave. NW, in Grand Rapids. Additional information about the stamp show can be found in this issue on page 58.