San Francisco calligrapher's self-addressed covers are something to see 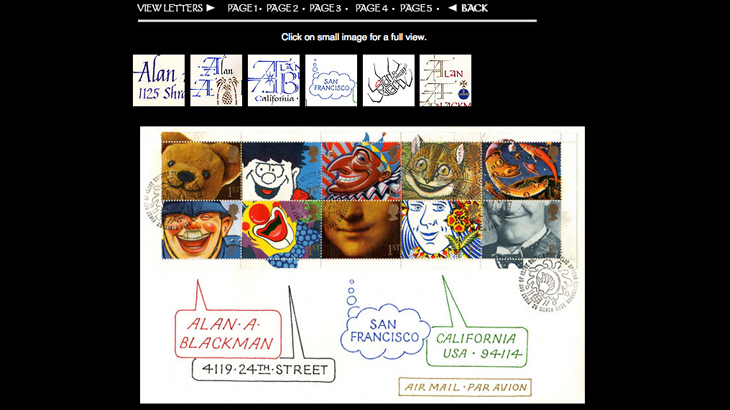 Alan A. Blackman's collection of colorful covers can be viewed at www.alanblackman.com.

For the better part of four decades, once a month, San Francisco calligrapher Alan A. Blackman sent himself an elegantly self-adressed cover. Now, about 200 of them are featured in an exhibit.

The one-of-a-kind routine, Blackman told the San Francisco Chronicle in an Aug. 14 feature, started when he sent himself the same letter he was sending his then 11-year-old son after a breakup with his wife.

The artistic and creative writing used by Blackman were likely difficult for postal workers to decode, The Chronicle reports, "But amazingly, they all reached him, and now the evidence of this obscure and lonely hobby is on display at the San Francisco Public Library."

2. Princess Charlotte is headed for an Australian Stamp

Australia Post will celebrate the birth of Charlotte Elizabeth Diana, fourth in line to the British throne, by issuing a 70¢ domestic-rate stamp Aug. 25.

3. USPS wants to hear from you

In an Aug. 17 blog post titled “Jenny Come Lately,” the inspector general asked: “What reaction did you have to the issuance of the upright Jenny stamp? What types of activities do you think would enhance support of the philatelic program?”