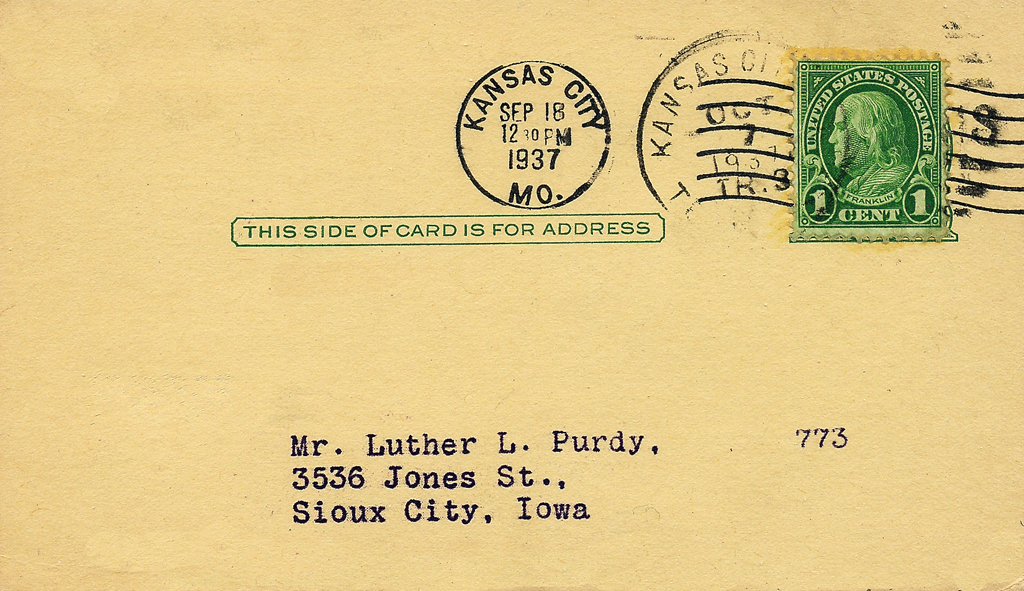 This 1¢ postal card mailed on Sept. 18, 1937, requested a payment for the Immediate Relief Association. The recipient affixed a 1¢ stamp on the card and returned it with his payment, so the correctly paid postcard could be sent back to him as a receipt. 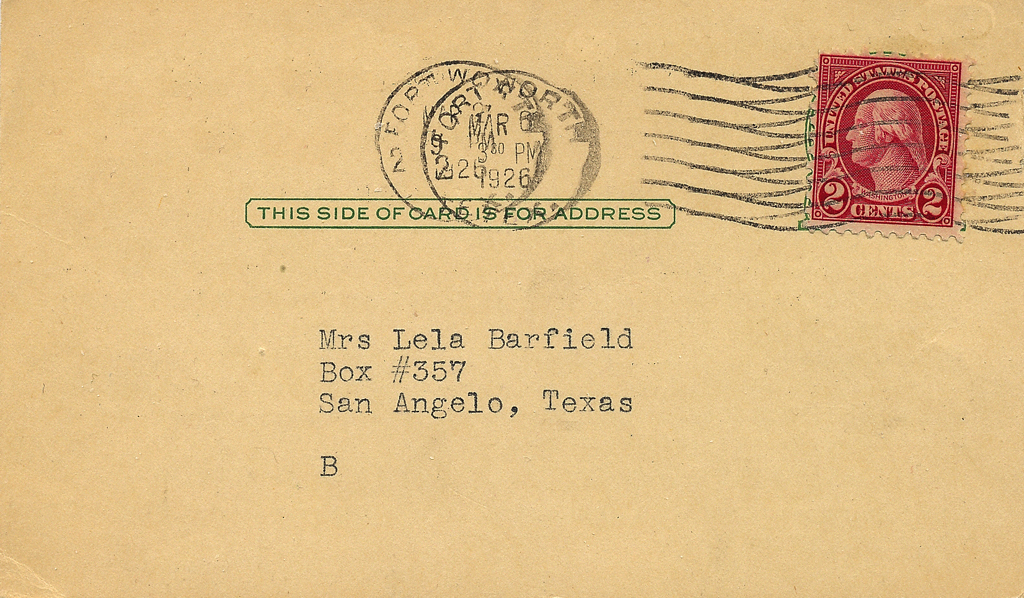 This 1¢ postal card mailed Mar. 6, 1926, requested a payment to the Fort Worth Mutual Benevolent Association. The recipient returned the card with her payment, and affixed a 2¢ stamp to pay the postcard rate for remailing it to her as a receipt. The rever
Previous
Next

The difference between these two items is this: postal cards bear an imprinted stamp and are sold by the post office, while postcards are usually sold without postage by a retail outlet, and the sender has to apply a stamp.

The disparity of these two different rates resulted in a number of anomalies in uses during this period.

It’s always interesting to me to find postal cards and postcards handled differently during this interval. For example, from 1924 until 1941, only undeliverable domestic local postal and postcards could be returned to the writer for postage free of charge.

Therefore, it’s great to find a local postcard returned to the writer between April 15, 1925, and July 1, 1928, and thus paid at the 2¢ postcard rate, because this situation occurred during such a limited period of time.

From 1873 (when postal cards were introduced in the United States) until the 1902 Postal Laws and Regulations, we find the following, from the 1893 PL&R, Sec. 278: “A postal card once delivered can not be remailed as such.”

With this column I show two interesting uses of postal cards as receipts, in 1926 and 1937, demonstrating how the remailing henceforth was at the postcard rate of the time.

The first, a postal card mailed March 6, 1926, was used to send a request for an assessment of $4.40 for the Fort Worth Mutual Benevolent Association. The 1¢ postal card was correctly used.

This card was returned with the $4.40 payment, and the card was remailed on Mar. 9 at the correct 2¢ postcard rate because the card had lost its identity as a postal card and was now a postcard. The payer dutifully placed a 2¢ stamp over the postal card indicium as ordered on the reverse of the card: “If you desire a receipt PUT A 2 CENT STAMP ON CARD.”

The second remailed postal card was a 1¢ card mailed on Sept. 18, 1937, requesting a $2 assessment payment for the Immediate Relief Association.

The card was returned with the payment with a 1¢ stamp affixed, because the postcard rate was again 1¢. The postal card, now with the character of a postcard and correctly paid at the current 1¢ postcard rate, was returned as a receipt on Oct. 7, 1937.