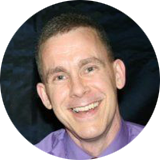 It didn’t take long for the doom-and-gloomers to weigh in with their prognostications following the July 24 announcement from the American Philatelic Society that it hired former political aide Scott English to be the next executive director of the nation’s largest stamp club.

At various stamp-hobby locales on the Internet, much was made of the fact that English once worked for APS vice president Mick Zais when Zais served as the superintendent of education for South Carolina.

“Cronyism at its finest! I hoped for more but expected no less,” complained one cyberspace denizen. “I'm sure membership will now double, contributions will skyrocket, services will be expanded and dues will be cut in half.”

Others were more modulated in their initial reactions, saying in effect that it didn’t make sense to burn English in effigy before he even took office. His first official day on the job is Aug. 10.

I’ve been a member of the APS since 1992. Before I began making a living in the hobby, I paid little attention to the society’s leadership.

I was more concerned with getting my American Philatelist every month, adding to my collection via circuit books from the sales division, and being thankful for the inexpensive insurance that the society offered.

In short, I believed I was getting valuable goods and services for my annual dues. I still do.

My situation no doubt mirrored that of many (if not most) other APS members. I expect it still does.

But there’s no denying that the APS is fighting against some hard realities, the biggest of which is the continuing decline in membership each year.

If English is to succeed, he must grow the membership. Cozying up to well-healed collectors for more money is not the panacea that will cure what ails the APS.

Here’s an idea: Start an online advertising campaign to offer a discount to first-time members. Strategically place ads on Internet chat forums, on eBay and other cyberspace fora where collectors congregate.

And here’s another idea: If you have an idea, share it with the new APS director. Stop being a complainer, and start being a contributor.