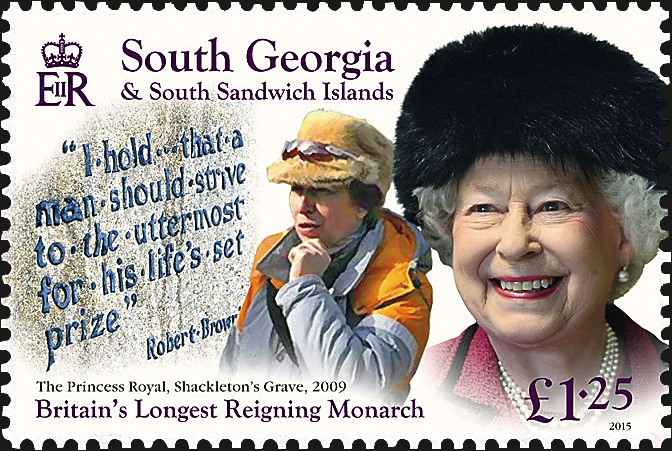 Local events and scenes are included on stamps in the series. This stamp shows the queen at the grave of Ernest Shackleton on South Georgia. 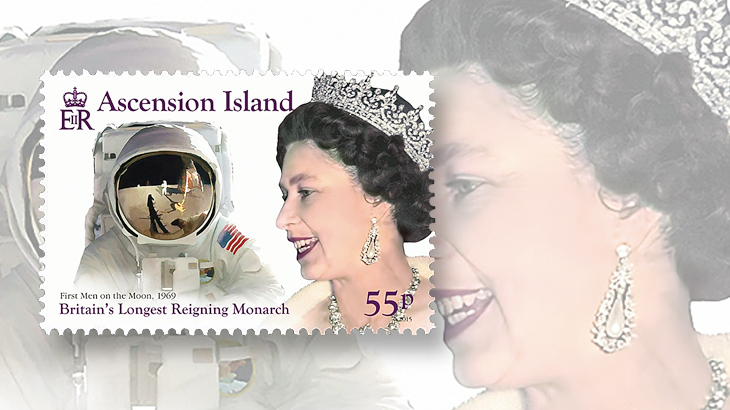 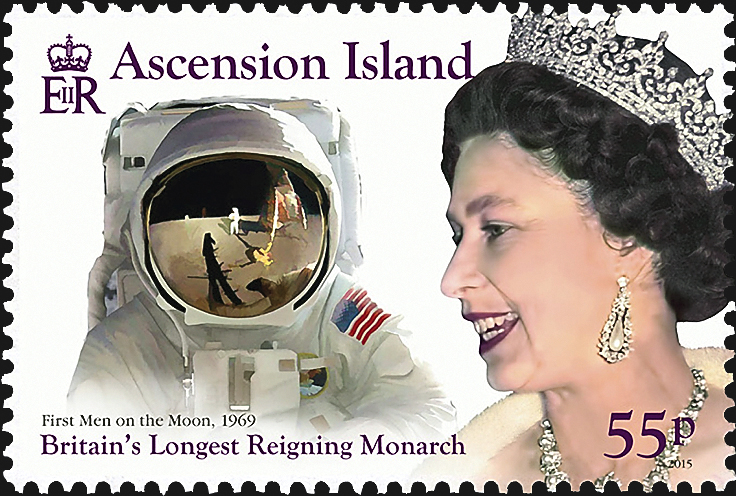 Stamps in the omnibus issue honoring Queen Elizabeth II as the longest-reigning monarch in British history also commemorate other events, such as the first manned moon landing. 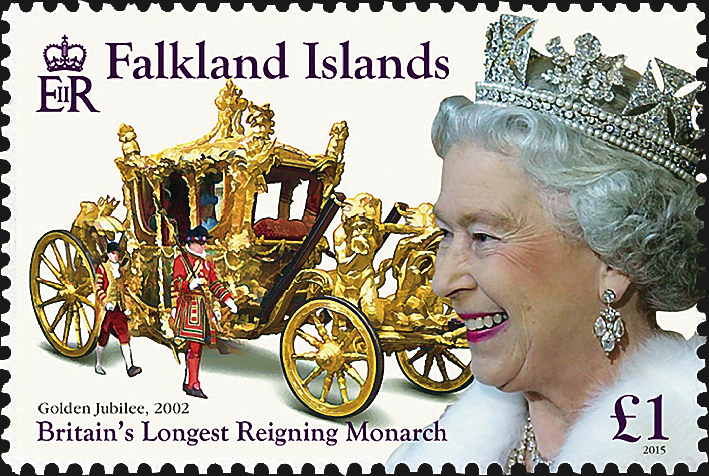 Among other events related to the queen shown on the stamps in the omnibus is the 2002 golden jubilee celebration, represented on this £1 stamp from the Falkland Islands. 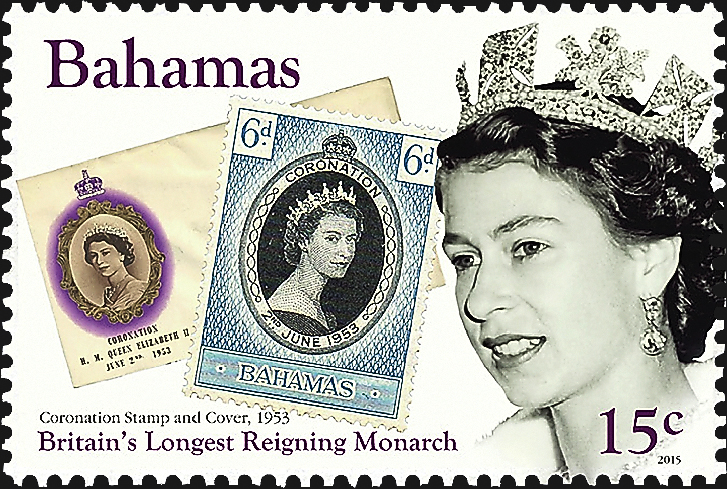 Each postal administration issued a stamp showing items from the coronation of Queen Elizabeth II. The 15¢ stamp from the Bahamas includes a stamp-on-stamp design.
Previous
Next

To celebrate this milestone, the postal administrations of Ascension Island, Bahamas, British Antarctic Territory, Falkland Islands, South Georgia and the South Sandwich Islands, and Tristan da Cunha are joining together in an omnibus stamp issue.

In announcing the stamps, Pob­joy Mint provided the following background information: “Queen Victoria came to the throne aged 18 and died in 1901 when she was 81, an incredible reign of 63 years and 216 days (23,226 days, 16 hours and 23 minutes) that defined an era and a people. In her journal Victoria recorded that ‘Today is the day I have reigned longer, by a day, than any English sovereign.’ The Victorians responded enthusiastically to her historic milestone yet, like our current Queen, Victoria did not encourage any celebrations ahead of the day.

“Yet for Queen Elizabeth II to become the longest reigning of the forty-one kings and queens of England since the Norman Conquest is without doubt an historic achievement. Like Victoria, Elizabeth II is much loved and during a lifetime of service has provided a reassuring and enduring source of stability in a fast and ever changing world.”

Each postal administration will issue four stamps. The designs show photos of the queen along with many familiar images from her reign.

Several worldwide and local events are represented on the stamps. For example, on a 55-penny stamp from Ascension Island, the queen is shown with an image of astronaut Neil Armstrong, the first man on the moon, in 1969.

The £1.25 stamp in the South Georgia and South Sandwich Islands set pictures the queen during her 2009 visit, at the grave of polar explorer Ernest Shackleton in Grytviken, South Georgia.

The low denomination in each set of four features items from the queen’s coronation. The 15¢ stamp from the Bahamas shows philatelic items, a first-day cover and the 6-penny Coronation stamp issued June 3, 1953 (Scott Bahamas 157).

Among the other royal events honored on the stamps is the queen’s golden jubilee in 2002, represented by the gold state coach shown on a £1 stamp from Falkland Islands.

For more information about the stamps, visit the Pobjoy Mint website.