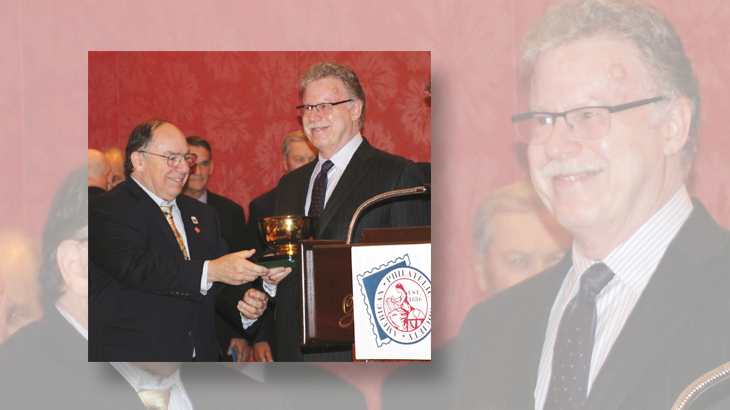 Mark S. Schwartz (right) won the Champion of Champions award at the American Philatelic Society's Stampshow 2015 for his exhibit "Boston Postal History to 1851." Presenting the award is David McNamee (left), chairman of the APS Accreditation of National E

The award was presented Aug. 22 at the Stampshow awards banquet by David McNamee, chairman of the APS Accreditation of National Exhibitions and Judges committee.

Schwartz’s exhibit was one of the 31 grand-award winners of APS-certified national exhibitions held from July 1, 2014, through June 30, 2015, that competed for the honor to be named Champion of Champions of the World Series of Philately.

His exhibit won the gold medal at the Sarasota National Stamp Exhibition Feb. 6-8 in Sarasota, Fla.