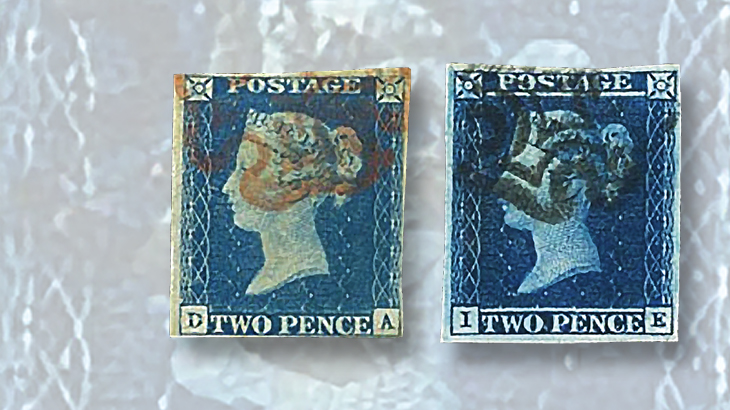 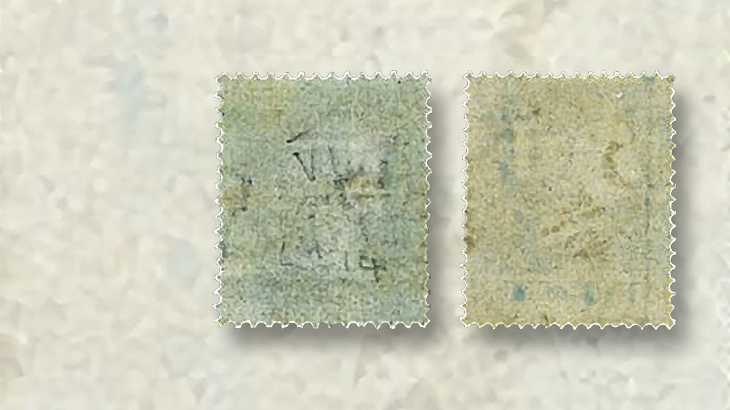 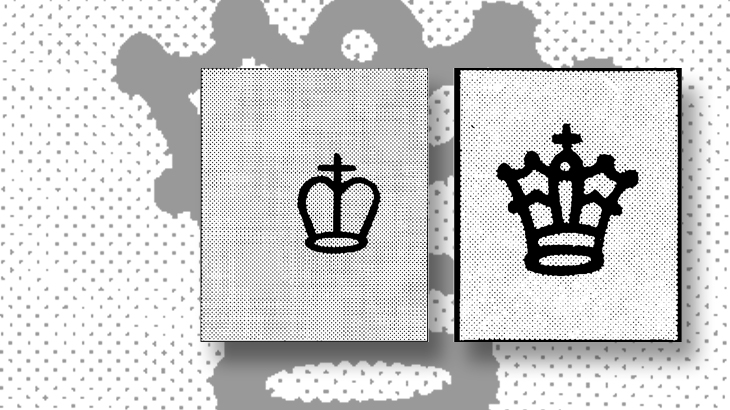 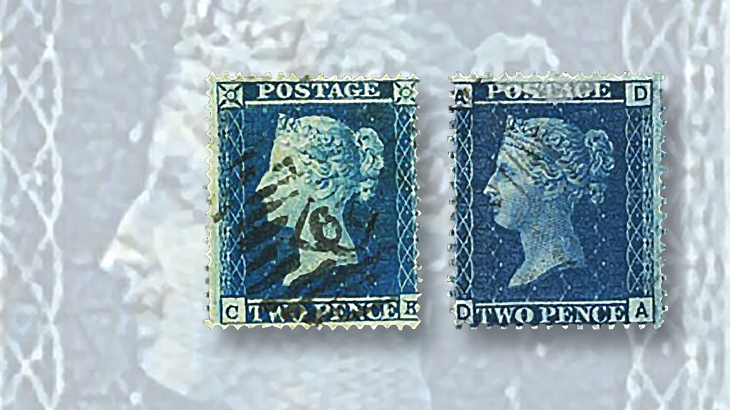 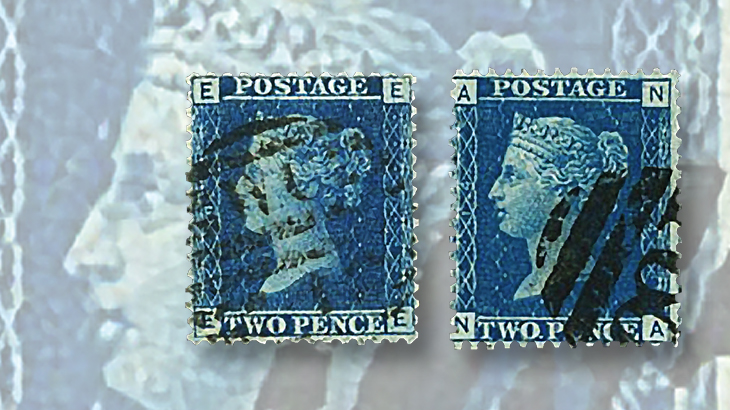 After 1858, the design of the 2-penny blue stamp was changed significantly by including check letters in all four corners and engraving plate numbers in the scroll work on the left and right. Also plates 7, 8, 9 and 12 have thicker white lines, while plates 13, 14 and 15 have thin white lines. Plate 9 is shown left, and plate 14 is on the right.
Previous
Next