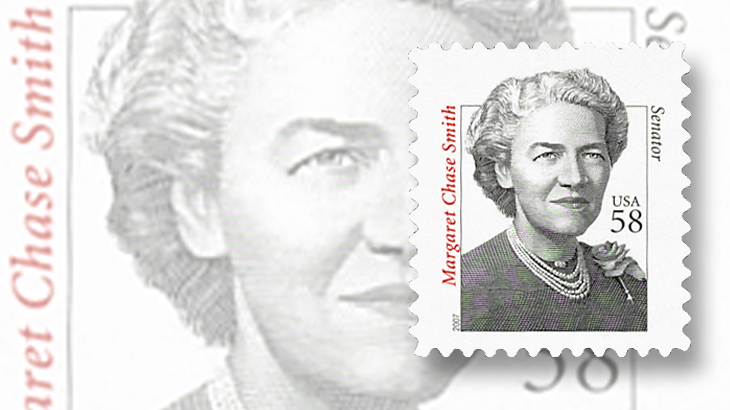 She became involved in local women’s organizations before marrying Smith in 1930. When her husband was elected to the United States House of Representatives in 1937, she worked as his secretary and researcher, and when he died in 1940, she ran unopposed in a special election to fill his vacant seat, becoming the first woman elected to the U.S. Congress from Maine.

In 1948, Smith successfully ran for the U.S. Senate seat left open by retiring Maine senator Wallace H. White Jr., the Senate majority leader. The victory made her the first woman in history to serve in both houses of Congress.

Smith, a moderate Republican, was a strong supporter of women in the military, and spoke out in 1950 against the tactics of Republican Sen. Joseph McCarthy’s House Un-American Activities Committee.

She was known for her careful consideration of legislation proposals and as an active and strong voice in the Senate. Her name was placed in nomination as a presidential candidate at the 1964 Republican convention that eventually nominated Sen. Barry Goldwater.

Smith served in the Senate for 24 years, retiring after an unsuccessful campaign for a fifth term in 1972. She was awarded the Presidential Medal of Freedom in 1989, and died at age 97 in 1995.

Margaret Chase Smith was honored on a 58¢ definitive stamp in the Distinguished Americans series on June 13, 2007 (Scott 3427).