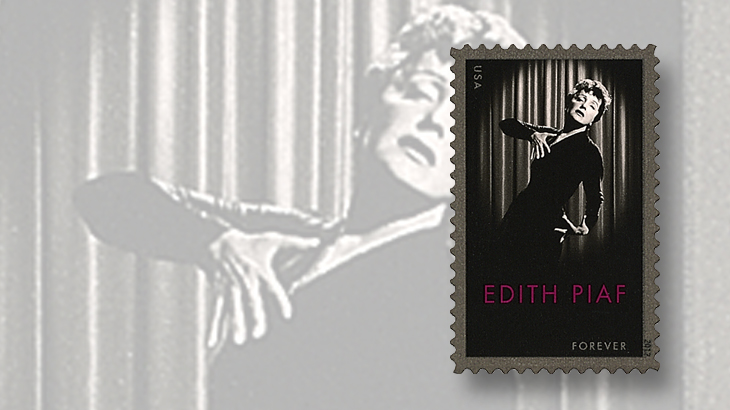 Throughout Paris and around the world, fans today are celebrating the 100th birthday of singer and songwriter Edith Piaf, who was born in the French capital on Dec. 19, 1915.

Her name at birth was Edith Giovanna Gassion; she changed it to Edith Piaf in 1936. Her mother abandoned the family shortly after Edith’s birth, and the little girl spent her childhood in the custody of other relatives, including a few years with her grandmother, who operated a brothel.

She began singing with her father, a street performer, in her early teens and found work in Parisian nightclubs when she was 18.

Despite her diminutive size — she was well under five feet tall — Piaf had a powerful clear voice that took Paris by storm and soon captivated the world.

Her adult life was every bit as turbulent as her childhood: she was besieged by ill health, serious car accidents and addiction, and experiencied tragic romances and the death at age 2 of her only daughter.

Her signature tunes La Vie en Rose and Non, Je Ne Regrette Rien were among the many heartfelt songs she performed to adoring audiences worldwide. She also appeared in concerts and on television programs in the United States.

Piaf died at age 47 on Oct. 11, 1963. She was honored June 12, 2012, on a forever stamp issued by the United States Postal Service. The stamp was issued along with a forever stamp honoring American-born jazz musician Miles Davis as a joint issue with France.