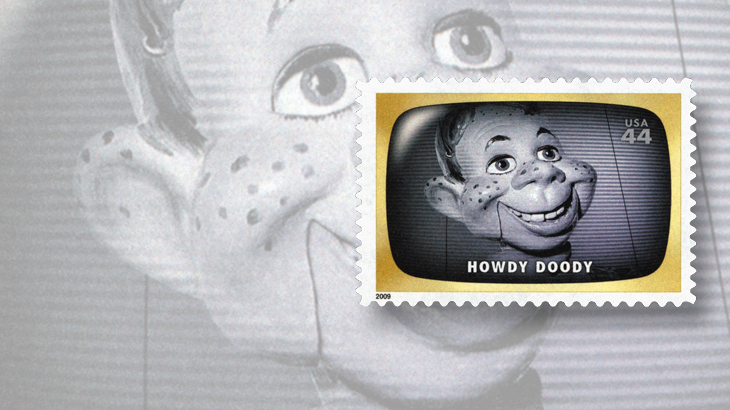 The children’s program Howdy Doody was first broadcast on television on Dec. 27, 1947. The show starred Buffalo Bob Smith, Clarabell the Clown, and of course, Howdy Doody.

Howdy was a marionette, a freckle-faced boy in cowboy garb voiced by Bob Smith, who had performed on radio prior to the 1947 television debut.

The program was a success, with children seated in a “Peanut Gallery” to watch the proceedings and enjoy the fun. Buffalo Bob and Howdy Doody, along with other characters on the program, would interact with the youngsters in the studio, and with those watching on TV at home.

Howdy Doody was on the air for 13 seasons, and the characters returned for guest appearances on other programs for many years after.