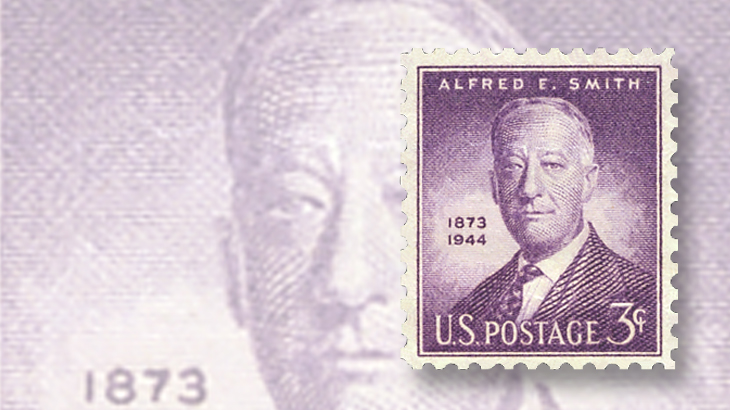 Alfred Emanuel Smith was born Dec. 30, 1873, in New York City. He would serve for four terms as governor of New York, and ran as the Democratic candidate for president against Republican Herbert Hoover in 1928.

When Smith was 13 years old, his father died, and young Al left school to help support the family, working in a fish market and acting in amateur theater. Despite his lack of formal education, Smith became a leading figure in New York politics as a member of the state assembly.

His working class roots helped his standing as a champion of labor who sought to establish safer workplaces and improvements in working conditions. With a reputation for integrity, he was elected governor in 1918 with the help of James A. Farley, another powerful Democrat in New York politics who would later serve as postmaster general under President Franklin D. Roosevelt.

Smith unsuccessfully sought the Democratic nomination for president in 1924, but was his party’s nominee in 1928. In the general election, he lost to the incumbent Hoover by a landslide.

Smith again sought the Democratic nomination in 1932, but Franklin D. Roosevelt was chosen as the party’s candidate, and won four consecutive presidential elections. Smith campaigned for Roosevelt in 1932, but became disenchanted with FDR’s New Deal policies.

Without a political office, Smith went into business as president of the company that built the Empire State Building, and supported U.S. charity efforts during World War II.