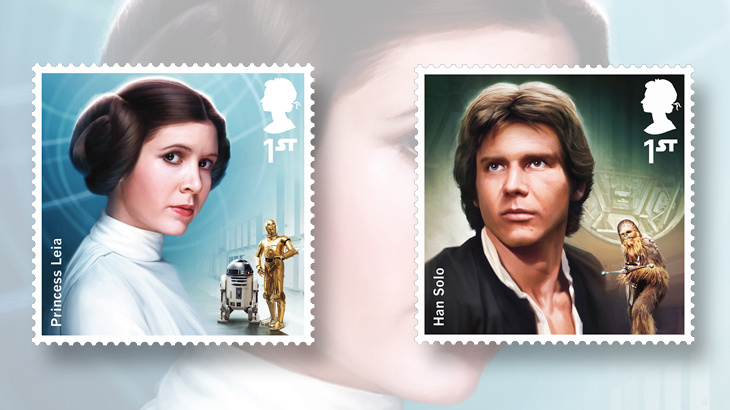 A Chicago-based Craigslist seller has made his 1977 Star Wars Stamp Kit available for $50. Perhaps the collector's trying to capitalize on the buzz surrounding the new 'Star Wars' movie, which inspired Royal Mail to issue a new crop of stamps in 2015 incl

Craigslist might not be the first place a collector thinks of when scavenging for stamp gold, but maybe it should be.

A Star Wars stamp collecting kit from 1977 is now available from a seller in Chicago who might be trying to capitalize on the hysteria surrounding the latest release in the movie series, Star Wars: The Force Awakens, which has already caused a stir in the stamp-collecting world.

The kit for sale includes a stamp album, 24 star wars-themed seals, 32 postage stamps, a bag of about 300 stamp hinges, as well a magnifier. The asking price is $50.

The seller also notes that the collection is in “good condition.”

See images of the vintage stamps and contact the seller here.

Have a look at the latest Purple Heart variety.

“Sitting in a segregated Montgomery, Ala., city bus 60 years ago [this week], on Dec. 1, 1955, 42-year-old seamstress Rosa Parks, who was also a secretary for the Montgomery NAACP, was instructed by the driver to vacate her seat for a newly boarded white male passenger. She quietly refused, and subsequently was arrested for violating the segregation laws then in force.”

Here's the stamp for the woman whose arrest represented a huge moment in the Civil Rights movement.