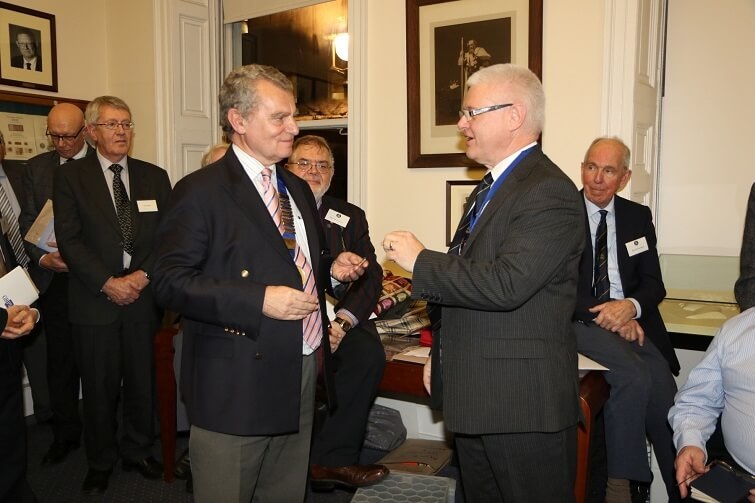 The following is press release from The Royal Philatelic Society London:

No fewer than 46 members of the GBPS provided displays that President of the Royal, Frank Walton, described as ‘fantastic’. This was a view reiterated by Alan Moorcroft giving the vote of thanks, who congratulated all those who had displayed such ‘wonderful material’.