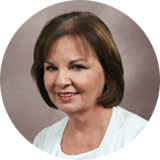 We are excited to introduce a new special section with the December monthly issue of Linn’s Stamp News. The International Pavilion is dedicated to stamp collecting of countries outside the United States.

Each month this section will offer readers the latest breaking news and philatelic happenings in the international marketplace. The Pavilion will present new columns and features that inform collectors while at the same time presenting the fascinating stories behind stamps issued by countries around the world.

This expanded coverage will offer in-depth reports of overseas stamp auctions, including previews and results. In the December issue, Linn’s New York correspondent Matthew Healey reports on overseas auctions, including one sale where a seldom-seen German rarity sold for about $19,300 and a sizable collection of Chinese first-day covers were brought to the auction block, and another sale where an imperforate pair of Canada’s Bluenose definitive with the elusive “man on the mast” plate flaw on the right-hand stamp was hammered down for about $13,750.

This auction coverage is in addition to Healey’s Auction Roundup of sales in the United States.

We also will introduce new columns in the International Pavilion. Christer Brunstrom’s new Nordic Stamp Scene column made its first appearance in the November issue of Linn’s monthly. Brunstrom, a seasoned writer who lives in Sweden, brings his knowledge of the stamps of Scandinavia to broaden Linn’s coverage of this popular collecting region encompassing Sweden, Denmark, Norway, Iceland, Faroe Islands, and Finland.

Stamp expert and Scott catalog advisor Sergio Sismondo encourages collectors to scrutinize their classic stamps in his new column, Unveiling Classic Stamps. Often-overlooked details can mean the difference between a common stamp and a scarce or rare item. In each column, Sismondo will offer suggestions on what to look for and where to look for these variations.

Additional new columns and features with an international flavor are planned for future months. Stay tuned.

Also in the December Linn’s we present Linn’s 2015 U.S. Stamp Popularity Poll. Linn’s U.S. stamp popularity poll, which began in 1948, is intended as a fun way for readers to voice their opinions about the U.S. stamp program. When the poll was first conducted, the categories consisted only of best stamp and worst stamp. Today you can vote for best design, worst design, most important stamp and least important stamp in a variety of categories, as well as your overall favorite.

Look over the stamp images and join in the fun by voting for your favorite stamp. Complete your ballot and send it to Linn’s by mail; online voting also is available. Stamp clubs, youth clubs and school classes also are encouraged to participate by sending in ballots.