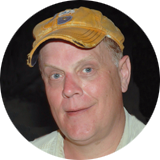 Despite the relatively moderate temperatures enjoyed of late by those of us here in the Northeast, there's simply no denying that winter with its cold and drifting snows is just waiting for us around the corner.

For some, the dropping mercury provides an opportunity to catch up with all those philatelic pursuits that were ignored during the warmer months, while for others, it’s a time to get out there to enjoy everything the season offers.

Each December, many postal administrations issue stamps that celebrate this time of year, ranging in topic from snowmen to downhill skiing.

Each stamp, designed by Hoshiyama Rika and printed using six-color offset by the Hanshiki Printing Color Co., depict a different winter scene and carries a face value of 82 yen.

Hoshiyama Rika, a stamp collector herself, is one of five artists currently used by Japan Post. She has designed the majority of Japanese stamps issued over the past several decades.

In order of appearance, the stamps in the pane show: a candle, frosted windows, a snowball, a house with snow falling; sekiru snow on a tree, a bluebird, a poinsettia, Shirokuma (based on a manga, or comic, series called Shirokuma Cafe that features a cafe run by a polar bear), reindeer in a forest and ice skating.

The pane’s selvage features the same reindeer design as on the second to the last stamp.

A total of 3 million panes were issued.

Keep warm, and Happy Holidays to all.