100 years ago: opening the Panama-Pacific Exposition

Four different stamp designs were created to commemorate the Panama-Pacific International Exposition, which opened 100 years ago. 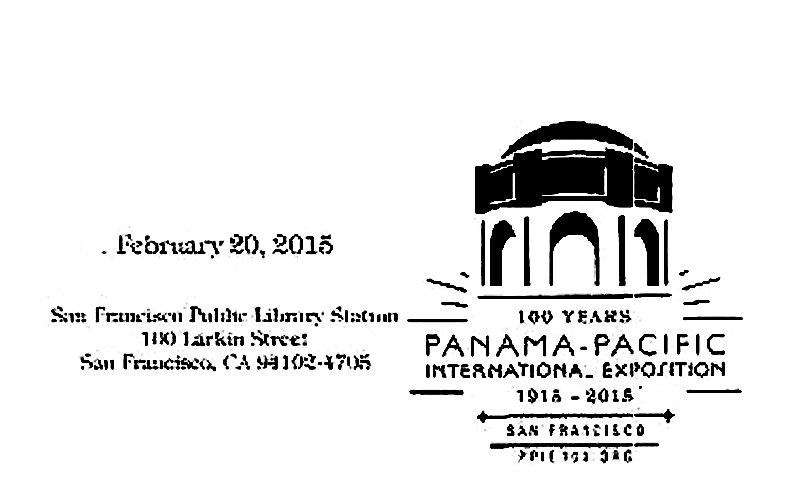 For stamp collectors, the 1915 Panama-Pacific Exposition in San Francisco, Calif., was one of the many large fairs that resulted in a set of new United States postage stamps.

Four designs were developed and printed to commemorate the exposition, but in all there are nine stamps in the set.

In January 1913, the 1¢ green Vasco Nunez de Balboa, the 2¢ carmine Pedro Miguel Locks, the 5¢ blue Golden Gate and the 10¢ orange yellow Discovery of San Francisco Bay stamps were issued (Scott 397-400). An orange color variety of the 10¢ stamp was created several months later (400A). All five stamps were perforated gauge 12.

Collectors particularly treasure these stamps found on cover, struck with one of the 1915 exposition cancels.

To obtain an example of the postmark, send an addressed stamped envelope to San Francisco Public Library Station, Postmaster, 100 Larkin St., San Francisco, CA 94102. Requests should be postmarked no later than March 18.