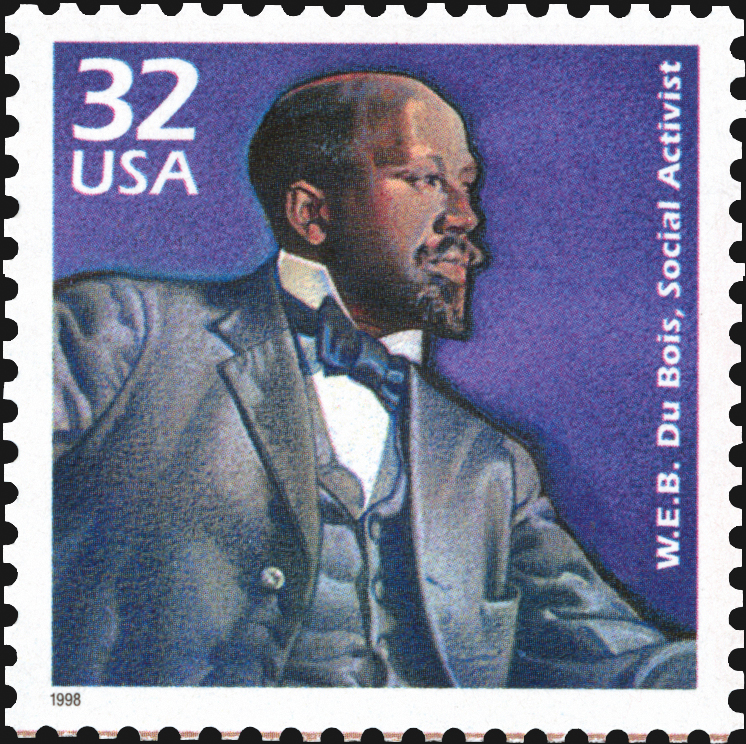 He became the first black student to earn a doctorate at Harvard, and joined the faculty of Atlanta University in 1898, teaching sociology.

Determined to challenge the barriers of racism in the United States, Du Bois was instrumental in the founding of the National Association for the Advancement of Colored People (NAACP) in 1909, where he served on the board of directors and as editor of its magazine, The Crisis.

Du Bois was prosecuted by the U.S. government in 1951 for failing to register as a foreign agent. He was 83 years old, and the charge against him was dropped.

In 1998 he appeared on a stamp in the Celebrate the Century issue commemorating the first decade of the 20th century (Scott 3182l).