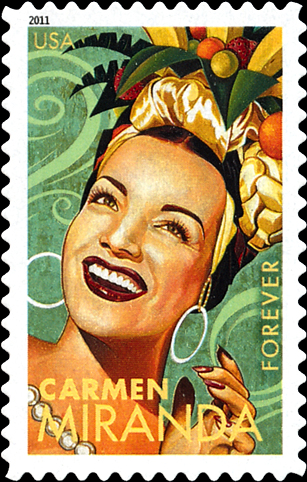 In Brazil Miranda became a hugely popular recording artist and film actress. She moved to the United States in 1939 and found even greater international fame, with numerous successful films and recordings.

In later years Miranda remained a popular singer and nightclub performer, and made guest appearances on television variety shows.

She is often remembered wearing improbable hats made of tropical fruits, an iconic image stemming from her role in the 1943 film, The Gang’s All Here.