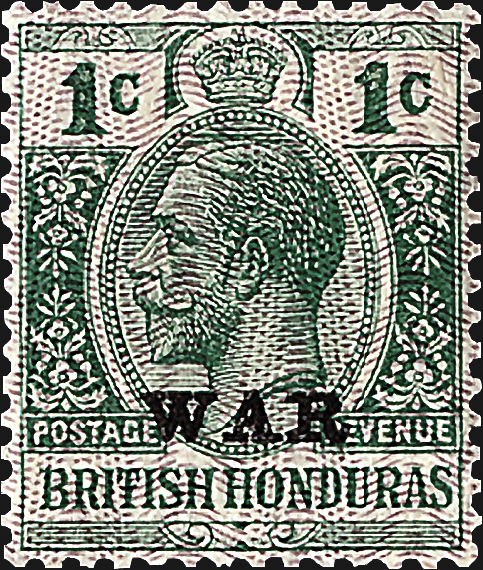 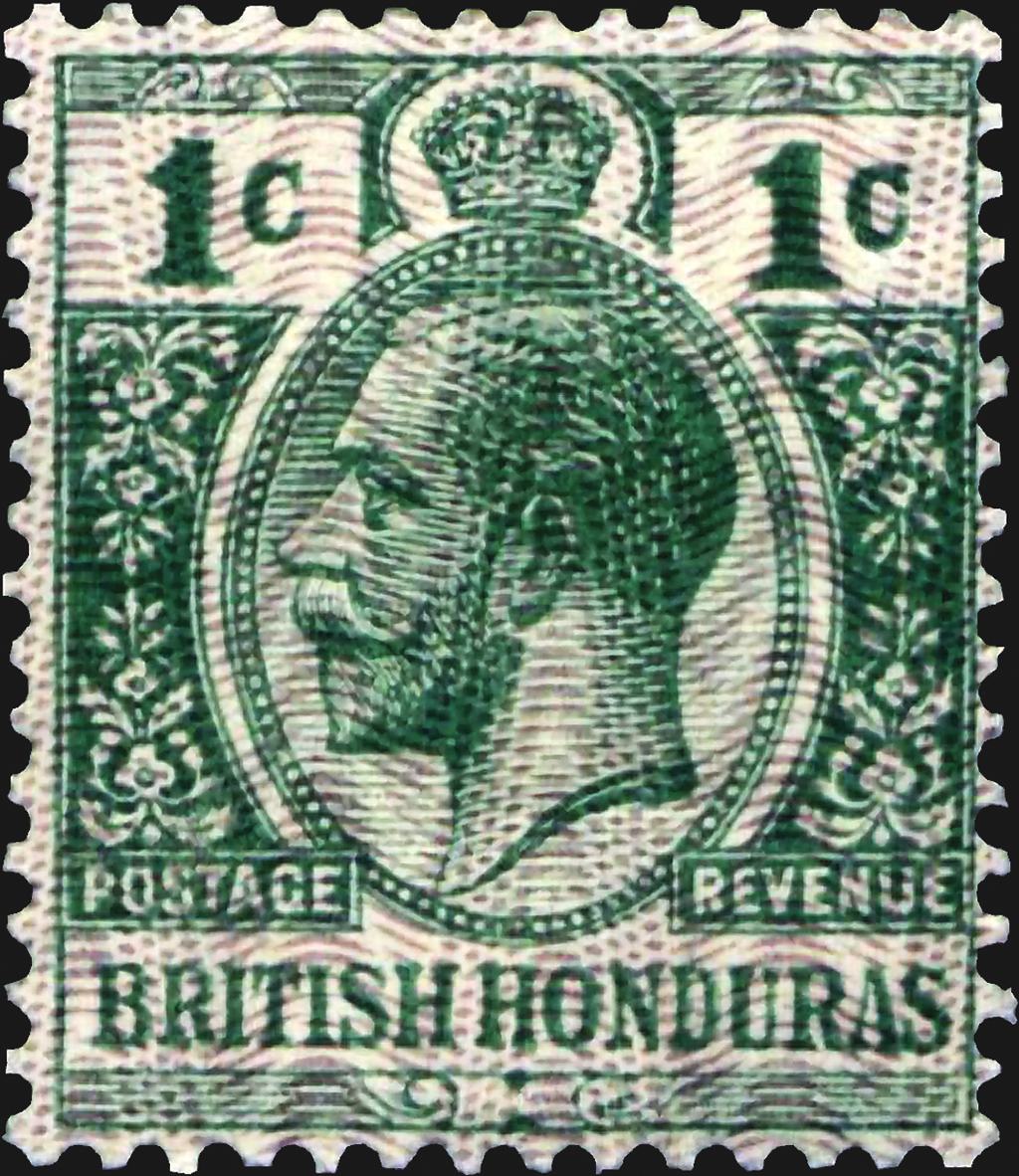 The moire overprint can be seen more distinctly on this darkened scan of the  British Honduras 1¢ stamp.

British Honduras 1915 1¢, 2¢ and 5¢ King George V stamps (Scott 85-87) were issued with a pale violet moire-pattern overprint. If captured in transit by Germans, the stamps could be easily identified and declared invalid. 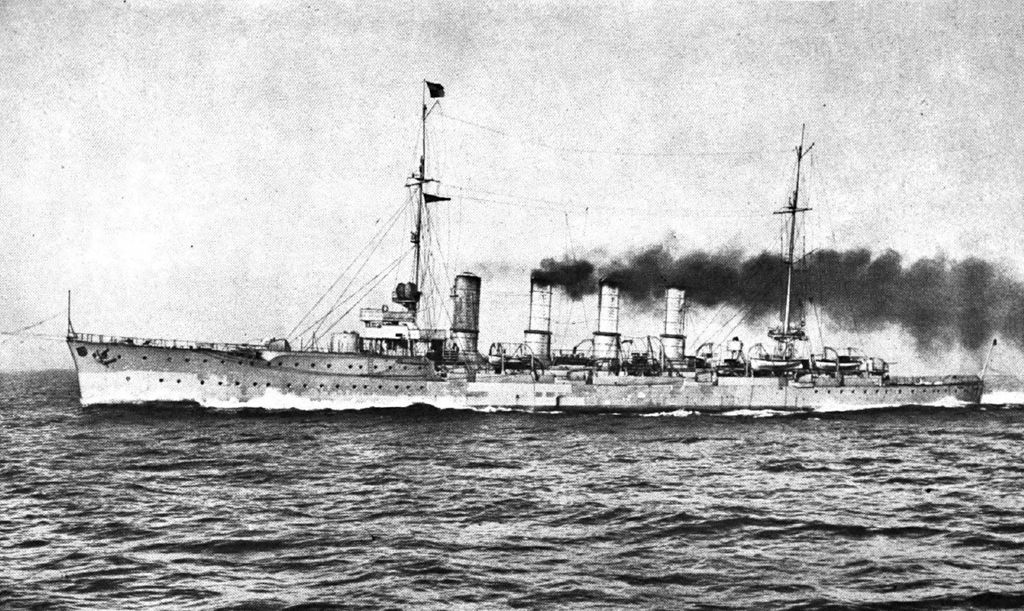 The German cruiser SMS Karls­ruhe attacked Allied shipping in the Caribbean Sea and Gulf of Mexico in World War I. The commerce raider captured or sank 16 Allied vessels before being destroyed by an accidental explosion in November 1914.

The colony of British Honduras (now the nation of Belize) in Central America was very distant from the shell-torn battlefields of Western Europe during the Great War (1914-18), but the effects of the war reached across the seas to create an unusual set of stamps for the colony.

The outbreak of World War I in Europe in 1914 left British Honduras in isolation.

Ocean transport was diverted to vital war material, and available transport dwindled as German U-boats and commerce raiders roamed the Caribbean Sea and the Gulf of Mexico, sinking or capturing Allied merchant ships.

Colonial products such as mahogany and chicle (a tropical sap used to make chewing gum) were a low priority, and few merchant vessels risked calling in British Honduras.

In early 1915, when the colony needed new postage stamps, London’s printing firms were far away across thousands of perilous miles of sea. There were great fears that the new stamp shipment might be captured by a German commerce raider or perhaps even a surfaced U-boat.

To easily identify the stamps, they were overprinted with a pale violet moire pattern. Covered with networks of pale zigzag lines, the stamps were quite distinctive and could be spotted easily.

If the stamps were captured by the Germans, the issue could be invalidated.

By the time the stamps were ready for shipment, matters looked a bit better for the Allies.

The German cruiser SMS Karls­ruhe captured or sank 16 Allied ships in the Gulf of Mexico and the Caribbean Sea in 1914. But on the night of Nov. 4, 1914, while on the way to attack shipping bound for Barbados, the SMS Karls­ruhe was destroyed by an accidental explosion.

On Dec. 8, 1914, the Germans lost four cruisers and two auxiliary vessels to the Royal Navy at the Battle of the Falklands in the South Atlantic. Although U-boats remained a menace until the end of the war, the German commerce raiders were far less of a worry by early 1915.

The British Honduras stamps shipped from England made it through for distribution to colonial post offices. There were three denominations of new moire-overprinted stamps: a 1¢ green, a 2¢ carmine and a 5¢ ultramarine (Scott 85-87). Each stamp bore a portrait of King George V.

Except for the overprint, these stamps were very similar to previous British Honduras stamps of the same denominations issued in 1913.

The moire overprint can be seen more distinctly on the darkened scan of the 1¢ stamp shown nearby.

In 1916, some of the 1¢ stamps were overprinted “WAR” in black ink (Scott MR1). These stamps paid the postal war tax, which was implemented empire-wide to help pay for the war. The stamp exists with the “WAR” overprint inverted (Scott MR1a).

The moire overprints of British Honduras reside in many a stamp album today as silent reminders that the waves of WWI also rolled through the Caribbean Sea and the Gulf of Mexico.