Greater acceptance for FDC exhibits on the horizon 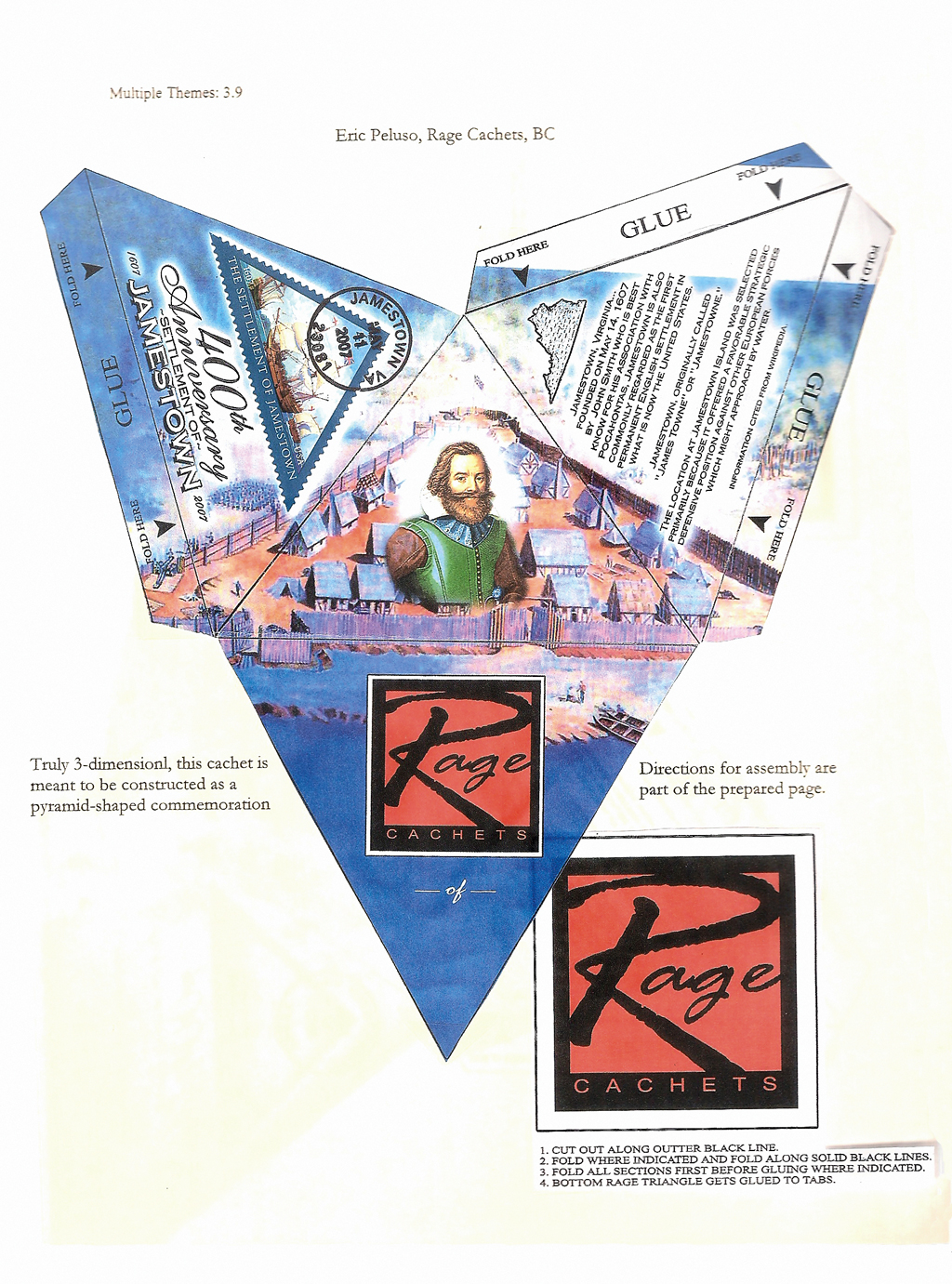 The exhibit “Jamestown Settlement — 400th Anniversary,” which won a silver award at the Malaysia 2014 show, includes one page with a do-it-yourself pyramid cachet for the 2007 41¢ triangular commemorative.

There should be a major change to first-day cover exhibiting within the next few years: greater acceptance.

Most of it centers around international exhibiting. At present, FDC exhibits are not recognized nor accepted much outside the United States, especially in international-level exhibitions sanctioned by the International Federation of Philately (FIP). In fact, including modern FDCs at all within an exhibit of another specialty can lose points for it.

The FIP had tabled an experimental class for FDCs at Washington 2006. Instead, thanks to the show organizers, there was a special showcase of FDC exhibits that had won gold medals at World Series of Philately shows. Americover had only achieved World Series of Philately status the previous summer, so all six of those exhibits had won golds at other shows that were not specifically for FDCs.

However, at World Stamp Show-NY 2016, FDC exhibits will be shown for the first time in an experimental exhibiting group. They will be judged using essentially APS exhibiting guidelines.

That next international stamp show in the United States will take place May 28-June 4, 2016.

The dam of international resistance to exhibiting FDCs seems to be cracking already, however. At Malaysia 2014, a show in December organized under FIP patronage, Nancy and Doug Clark’s exhibit “Jamestown Settlement — 400th Anniversary,” based on the U.S. 2007 41¢ stamp (Scott 4136), won a silver award.

“Jamestown Settlement” was judged within the FIP modern philately guidelines as a traditional stamp exhibit. Had it been judged using APS FDC rules, experts say it might have earned even better than a silver award.

Meanwhile, here in the United States, the AFDCS offers special awards for FDC exhibits at World Series of Philately shows other than Americover, and an increasing number of active exhibitors are trying their hands at FDC exhibits.

Each year, when the winners of grand awards at World Series of Philately shows are gathered at APS Stampshow for the Champion of Champions competition, the Americover entrant is now sometimes joined by an FDC exhibitor from another show. That number is sure to increase.