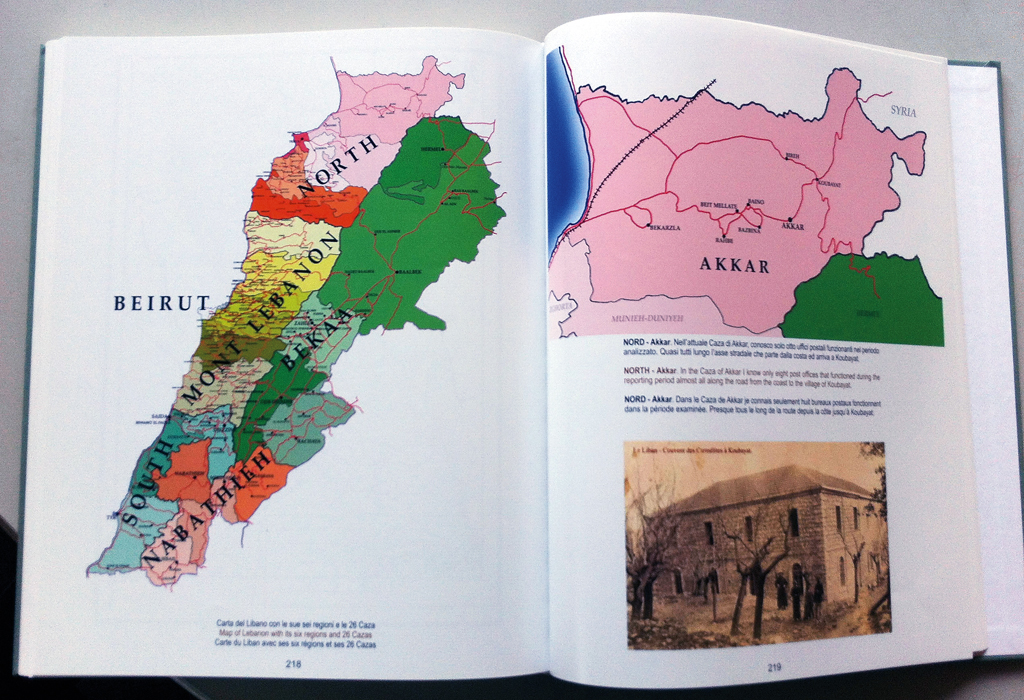 Several maps are included in The Lebanese Postmarks 1918-1945. 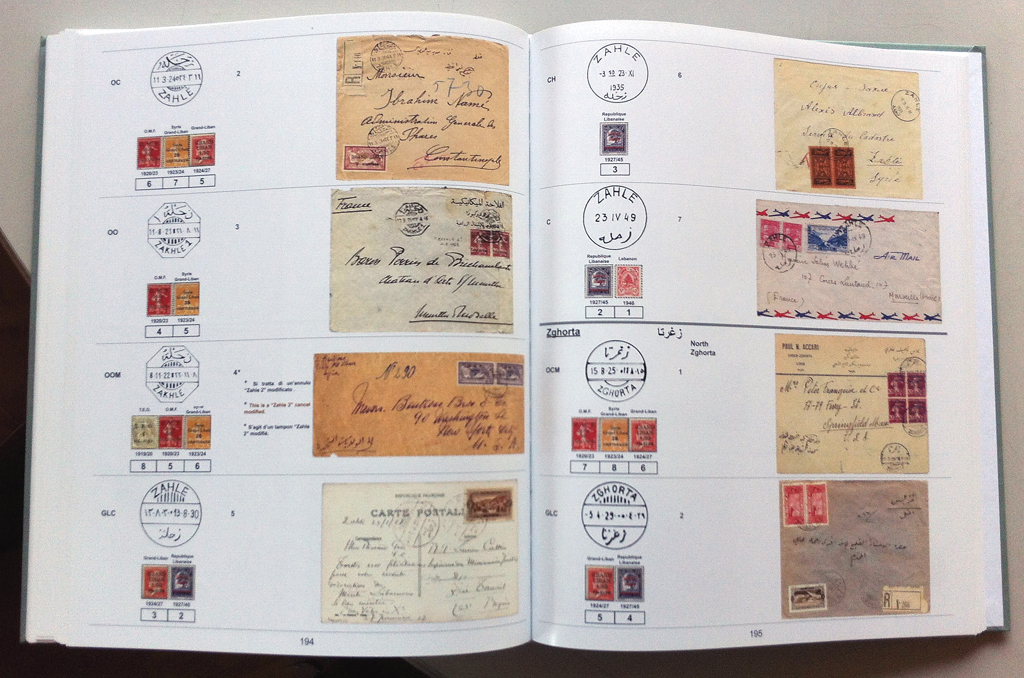 The Lebanese Postmarks 1918-1945 illustrates the known postmarks of Lebanon and often includes an example on cover, as shown here on pages 194-195 of the catalog. 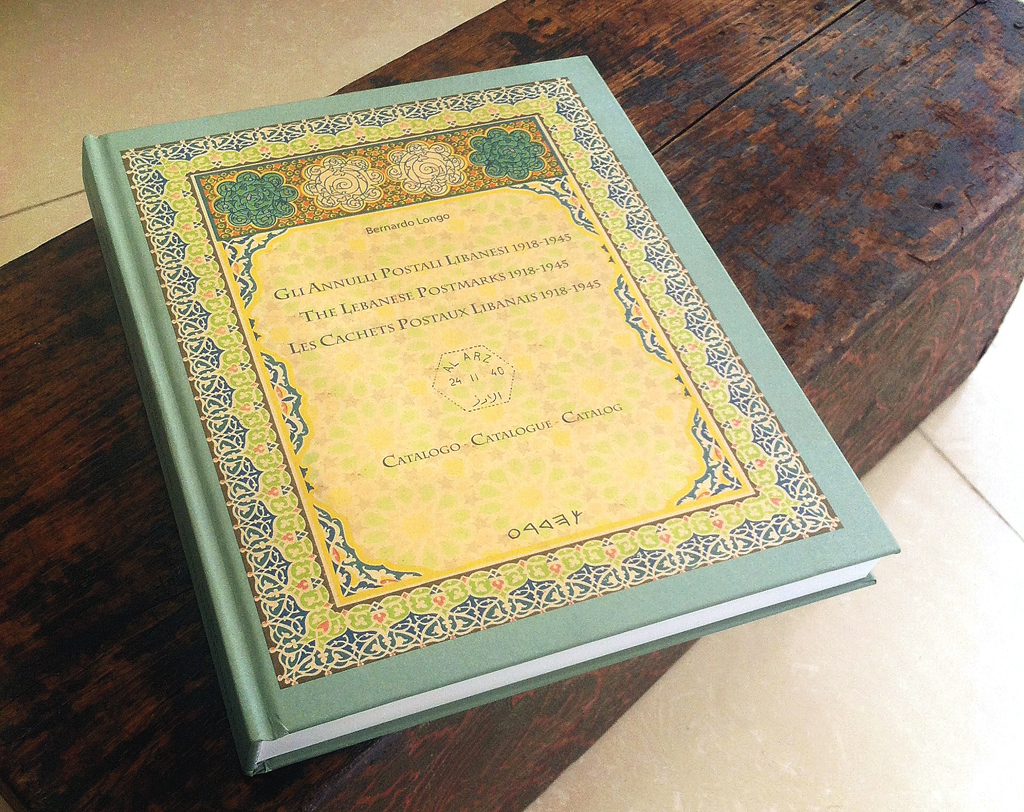 Bernardo Longo has written and published a reference catalog for collectors of the postal history of Lebanon, The Lebanese Postmarks 1918-1945. The catalog was published in 2014.

The stamps of Lebanon are very popular with many collectors. General stamp catalogs provide collectors a wealth of information about the stamps.

The information includes issue dates, printing methods, perforations, printing quantity and values for stamps in used condition and mint never-hinged condition. But for those who would like to collect the postal history of this challenging area, there was no catalog until now.

Bernardo Longo, an authority on the stamps and postal history of Lebanon, has written and self-published in 2014 a catalog titled The Lebanese Postmarks 1918-1945. Only 300 copies were printed.

The text of the catalog is in French, Italian and English.

To help the postal history collector of this intriguing field, Longo set out on the tremendous task of classifying 639 different Lebanese postmarks from 308 Lebanese towns and cities.

This quest took him more than 14 years to complete. The final result is this 240-page hardbound catalog. It is filled with beautiful color illustrations and contains much information that will make it a guiding reference for generations to come.

The book begins with a short section on the history of Lebanon. This familiarizes the reader with essential background information necessary to understand the postal history of the country.

In the next section, Longo classifies the various postmarks based on shape and characteristics. This section includes illustrations of various stamps that received Lebanese postmarks.

Skimming through the catalog, the reader will encounter Longo’s symbols throughout the postmark listings.

The catalog illustrates all the known postmarks and often gives an example of each on cover.

The postmarks are listed in alphabetical order.

Longo classifies the postmarks on the stamps of various groups with a point system. Monetary values in euros are assigned to the points. This valuing system is a great addition for determining the value of any Lebanese postal history collection.

The last part of the catalog contains information about the various labels and markings found on covers. There are postal rate tables from 1918 to 1945.

Longo also provides several maps useful in placing the postmarks. There is an index in both Latin letters and Arabic script to make identification of each place simpler.

The catalog is easy to read and use. The illustrations are stunning and clear. It is relatively simple to find the postmark for which you are looking.

I strongly believe that once there is a good reference book on any philatelic subject, it will stimulate interest and bring new collectors and investors into this great hobby of ours. References such as this one affirm the collector’s investment, as well as provide a solid guide in building a collection.

For inquiries, Bernardo Longo can be reached at info@cedarstamps.com or Box 90-1826, Jdeidet El Matn, Beirut, Lebanon.