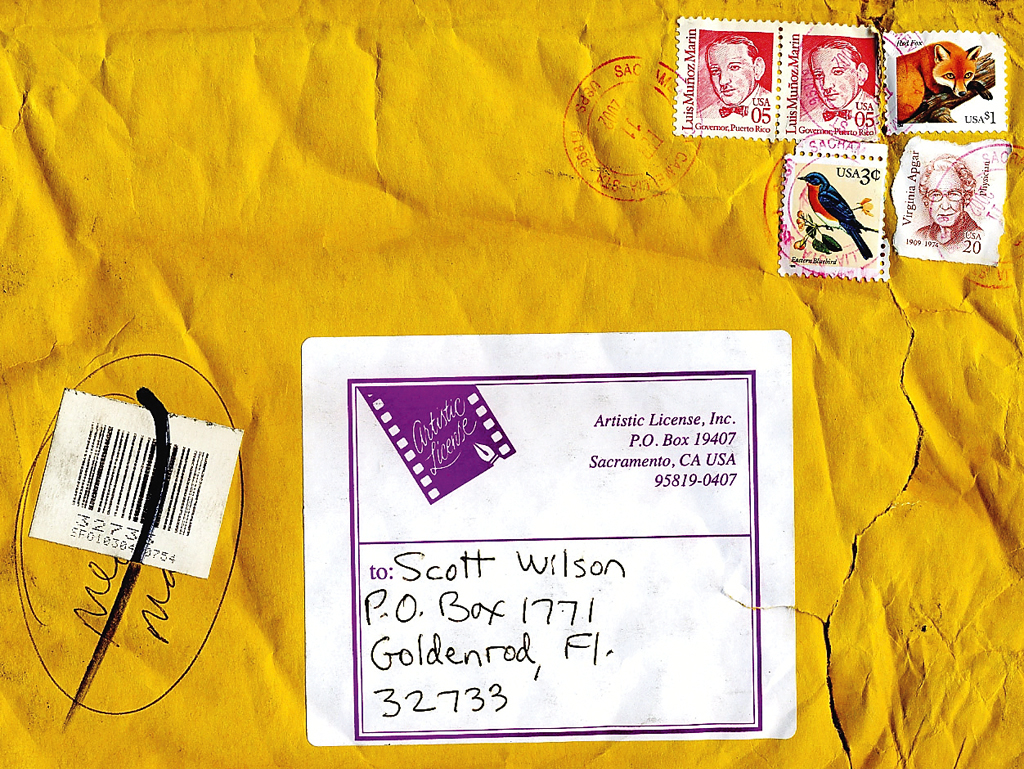 This cover, mailed in 2002 from California to Florida, is franked with what appears to be an impeforate error of the 20¢ Virginia Apgar stamp, Scott 2179.

A recently discovered large business envelope mailed in 2002 from California to Florida is franked with what looks like an imperforate example of the United States 20¢ Virginia Apgar stamp.

The suspect Apgar error, a badly torn single, was used in combination with other stamps to pay the postage.

Dealer Arnold Selengut of Bejjco of Florida, Inc., contacted Linn’s in late January to report the discovery of the cover, which was expertized in mid-January by the American Philatelic Expertizing Service.

Linn’s asked Selengut to provide additional details, along with pictures of both the cover and the expertizing certificate.

“The envelope was rescued from the Goldenrod, Fla., post office waste receptacle, where the recipient had discarded it. The owner wishes, at this time, to remain unknown.

“My current opinion is that it is exactly what it looks like, an imperforate single roughly torn from its sheet by a philatelically unsophisticated secretary or mailroom clerk who had a lot of work to do and no time to find scissors to neatly separate it.

“My second guess is that the rest of the imperfs from the original sheet or partial sheet containing the error were also used by this firm and may be lost to philately unless some other sharp-eyed dumpster diver was lucky enough to find one.”

As can be seen from the illustration, the tattered cover was mailed in February 2002 from Sacramento, Calif., to Goldenrod, Fla.

Three members of the American Philatelic Expertizing Service examined the cover and issued their opinion on certificate No. 209359 dated Jan. 12, 2015:

“United States, Scott No. 2179, imperf single (no prior reports as such) used on large commercial cover, genuine, printed by Banknote Corp. of America and could possibly be printer’s waste. Additional research is recommended.”

I spoke with Linn’s U.S. Stamp Notes columnist John Hotchner, who was one of three members of the Apex committee to examine the cover.

“The write-up on the cert is precisely what I said,” Hotchner told me.

“I would support letting the world know about it, but not a Scott listing at this point.

“Though [Selengut] may well be right about how it came to be on this cover, there are other uses of imperf presumed printer’s waste that are not listed.

“I would like to see what the publicity developed before recommending listing.”

Mercer Bristow, director of expertizing at the American Philatelic Society, told Linn’s that he added “Additional research is recommended” to the end of the opinion on the Apex certificate.

Although the Scott editors have not examined the cover, they concur with the recommendation on the certificate for “additional research.”

As such, a Scott catalog listing is not contemplated at this time.