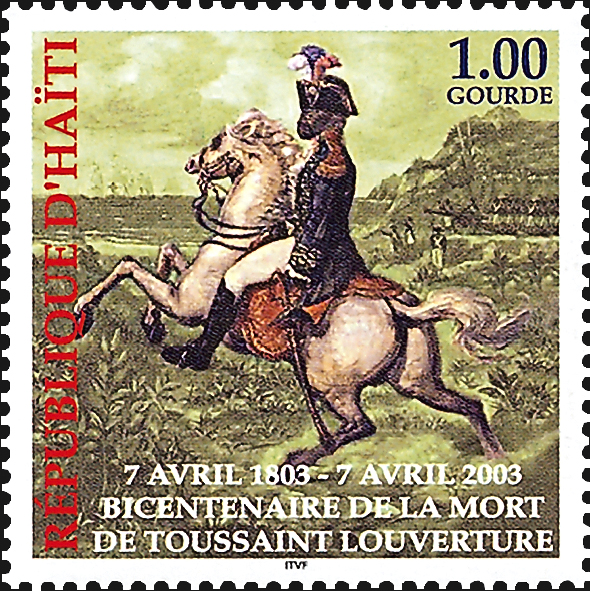 The 2003 Haiti 200th Anniversary of the Death of Toussaint L’Overture set of six stamps and imperforate souvenir sheet (Scott 934-940) are difficult to find in either mint never-hinged condition or used condition and would be an excellent buy at the 2015 Scott Standard Postage Stamp Catalogue value. 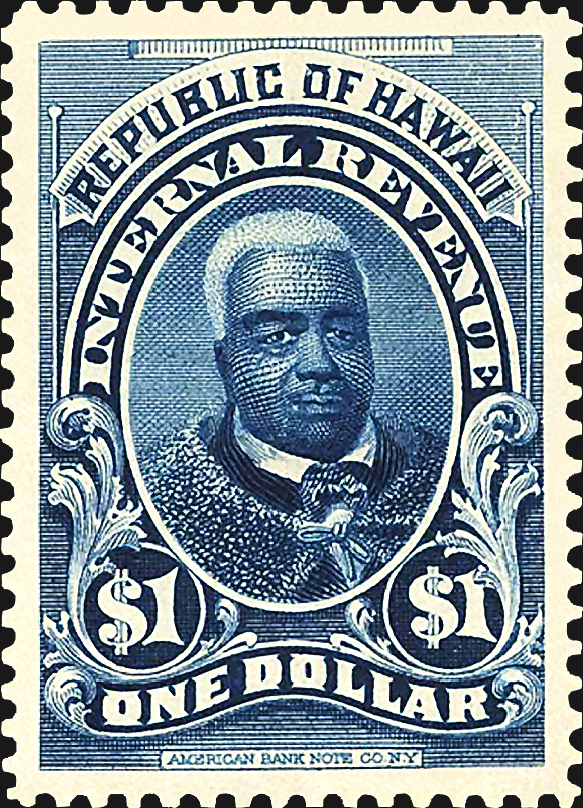 The 1897 Hawaii $1 King Kamehameha I internal revenue stamp (Scott R11) is a good buy in mint never-hinged condition at the 2015 Scott Specialized Catalogue of United States Stamps and Covers value of $12.50.

Hawaii — One of the most unusual and attractive American states is Hawaii. A volcanic island chain in the vast Polynesian sweep of the Pacific Ocean, it was both an independent kingdom and a republic before becoming an American territory and later a state.

Hawaii issued stamps as both a kingdom and a republic, and some of those issues are among the great rarities of the philatelic world. Rarities notwithstanding,

Hawaiian stamps are hugely popular with a great many American collectors.

One of the more attractive and affordable issues is the $1 King Kamehameha I internal revenue stamp (Scott R11).

Kamehameha I (1758-1819) united the islands under his rule by military conquest and was the first to rule all the Hawaiian islands. Although the stamp commemorates King Kamehameha, it was actually issued by the Republic of Hawaii in 1897.

The 2015 Scott Specialized Catalogue of United States Stamps and Covers values the stamp at $9 in both unused original gum condition and used condition. An example in mint never-hinged condition is valued at $12.50. That is the condition we recommend buying, and the stamp is a good buy at that price.

Haiti — Haiti, the second oldest republic in the Western Hemisphere after the United States, shares the island of Hispaniola with the Dominican Republic.

A former French colony that gained independence via a slave revolt, Haiti remains the poorest nation in the Western Hemisphere.

The Haiti Philatelic Society is one of the larger and more active specialist societies in the United States.

Without question, the best modern Haitian issue is the set of six stamps and imperforate souvenir sheet (Scott 934-940) issued in 2003 to commemorate the 200th anniversary of the death of Toussaint L’Overture, one of the leaders of the Haitian revolution.

This set and souvenir sheet were not widely distributed, either in Haiti or to dealers and collectors, and they remain very difficult to find. The stamps and souvenir sheet would be an excellent buy at 75 percent to 90 percent of Scott catalog value. — H.G. & R.M.

No speedy delivery for letter to Brennan