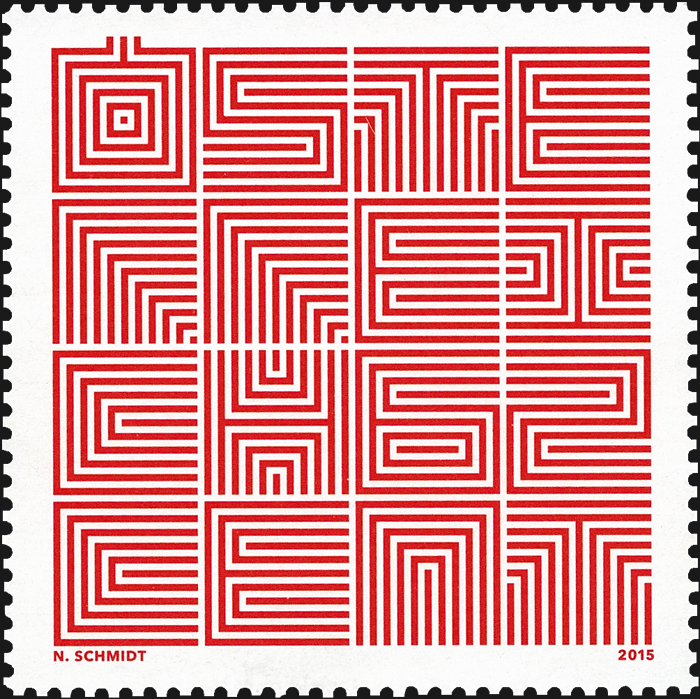 What country issued this stamp? The answer is hidden in the stamp’s design.

5. Canada’s Maple Leaf flag celebrates 50th anniversary: Fifty years to the day after it first ran up the flagpole on Parliament Hill in Ottawa, Ontario, Canada — the red Maple Leaf flag was honored by Canada Post.

4. A new look for royal definitives from three countries: Recent royal definitive stamps from the Netherlands, Spain and Sweden feature a new crown, a new monarch and new portraits, respectively.

3. British Honduras World War I stamps with moire overprints: The effects of the war reached across the seas to create an unusual set of stamps for the colony.

1. ‘Strange Stamp Squad' investigates migraine-inducing new issue: If you stare at it long enough, you may figure out the issuing country and the denomination.