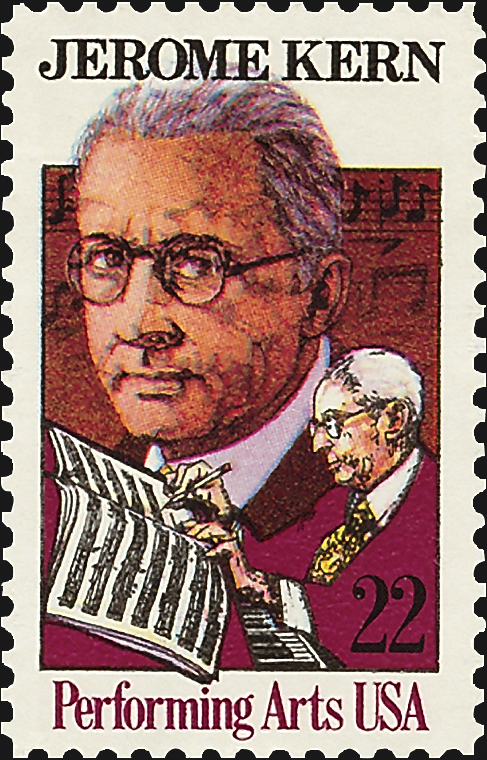 American songwriter Jerome Kern was born in New York City 130 years ago today, on Jan. 27, 1885. He learned piano from his mother, and studied at the New York College of Music and in Heidelberg, Germany, before his return to New York.

He established himself as a successful composer for the theater, with shows like Sally (which produced the hit song Look for the Silver Lining) and Sitting Pretty. With Oscar Hammerstein II writing lyrics, Kern created the songs for a musical version of the Edna Ferber novel Show Boat, which debuted in 1927, and included the celebrated song Ol' Man River.

Kern's many popular compositions include Smoke Gets in Your Eyes (1933), The Way You Look Tonight (an Academy Award winner in 1936), and The Last Time I Saw Paris (1940).

Jerome Kern was honored on a 22¢ stamp in the Performing Arts series on Jan. 23, 1985, just days before the 100th anniversary of his birth.