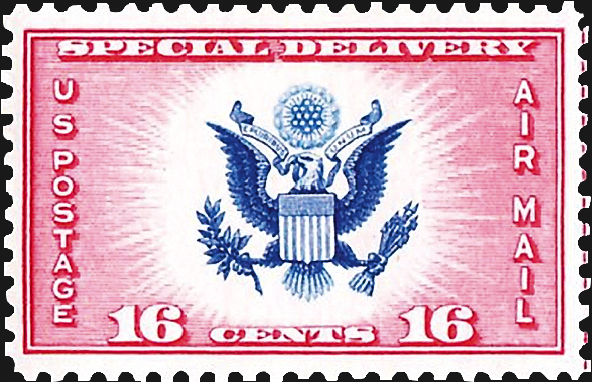 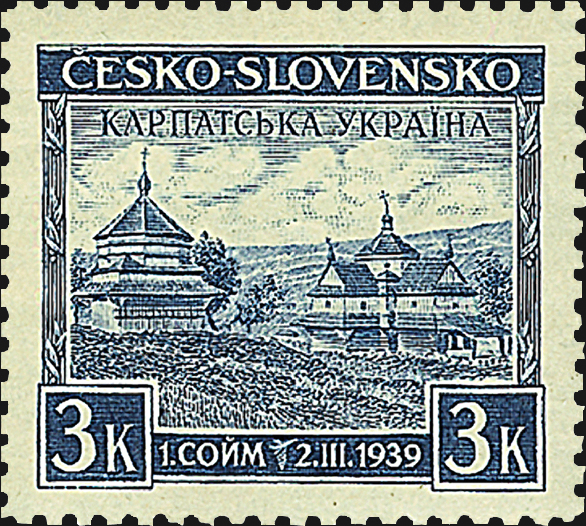 The 3-koruna View of Jasina stamp (Czechoslovakia Scott 254B) was the only stamp issued by Carpatho-Ukraine before it was gobbled up by Hungary.

Czechoslovakia — Once upon a time, in the Scott Standard Postage Stamp Catalogue there was a stamp-issuing entity named Carpatho-Ukraine with a single stamp listed under it.

Between World War I and World War II, Czechoslovakia comprised three nations: the Czechs, the Slovaks, and the Ruthenians (also known as Rusyns). The territory inhabited by the Ruthenians, who are a Ukrainian people, was known as Carpatho-Ukraine.

After Czechoslovakia was sold out to Nazi Germany by Great Britain and France with the Munich Agreement of Sept. 29, 1938, the Slovaks and Ruthenians saw the writing on the wall and demanded more autonomy from Prague.

As Germany prepared to annex what was left of the Czech lands, both Slovakia and Carpatho-Ukraine declared their independence March 15, 1939.

However, Carpatho-Ukraine was quickly invaded and occupied by Hungary, having time to issue but a single 3-koruna View of Jasina stamp. The stamp is inscribed “Cesko-Slovensko” in Latin letters and “Carpatho-Ukraine” in Cyrillic letters.

After the war, Carpatho-Ukraine was annexed by the Ukrainian Soviet Socialist Republic and became part of the Soviet Union. Today it is part of independent Ukraine.

At some point, the Scott editors decided that because the stamp was also sold in Prague, it should be listed under Czechoslovakia, so Carpatho-Ukraine Scott 1 became Czechoslovakia Scott 254B.

However, you will still find it in older collections of No. 1s of the world. The stamp is popular with both Czech and Ukrainian collectors.

The Scott Classic Specialized Catalogue of Stamps and Covers 1840-1940 values the stamp in mint never-hinged condition at $25, and it is a good buy at that price.

The 16¢ red and blue Great Seal of the United States airmail special delivery stamp (Scott CE2), issued Feb. 10, 1936, has one of the most eye-catching color and design combinations found on a U.S. stamp.

Nearly 80 years after it was issued, the stamp remains very inexpensive, valued at just 60¢ in mint never-hinged condition in the Scott Specialized Catalogue of United States Stamps and Covers. However, the stamps were issued in panes of 50, and position pieces with marginal markings from the panes have considerably more catalog value. And there are still intact mint panes of 50 being offered for sale.