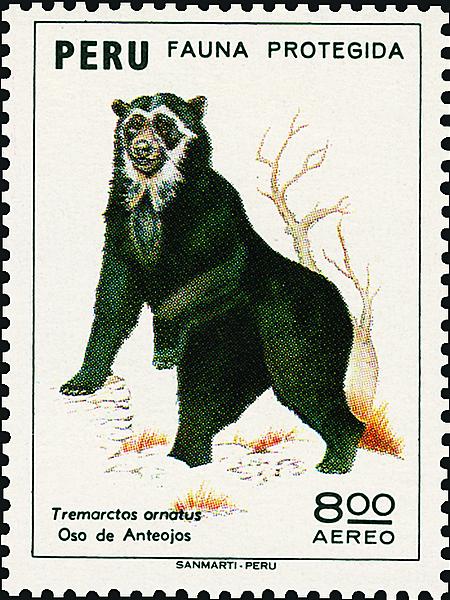 Paddington Bear is from Peru, just like the spectacled bear shown here on an airmail stamp. 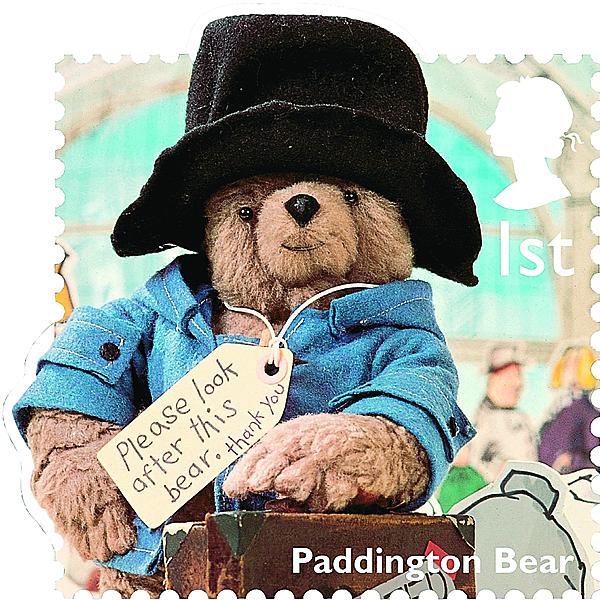 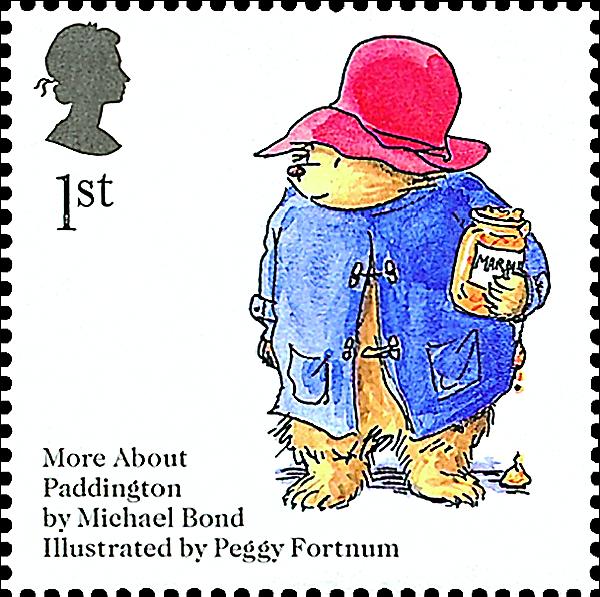 Paddington is included in a 2006 Children’s Book stamp series. 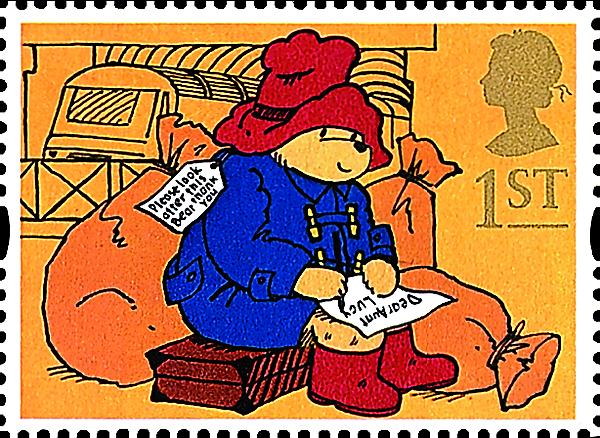 Paddington Bear made his first stamp appearance in 1994.

And just a week earlier, on Jan. 9, Paddington was nominated for a British Academy of Film and Television Arts (BAFTA) award as the best British film of the year. In Great Britain, Paddington opened Nov. 28, making more than £33 million (about $50 million) by Jan. 9.

Before the film, the bear starred in more than 20 books (translated into 40 languages), in three television series, several radio and television specials, and on three postage stamps.

The three stamps were issued by Great Britain, the home of his creator Michael Bond, who celebrated his 89th birthday Jan. 13, and the adopted home of Paddington, who originated in Peru, according to the book series.

The first Paddington Bear book, A Bear Called Paddington, published in 1958, begins: “Mr. and Mrs. Brown first met Paddington on a railway platform. In fact, that was how he came to have such an unusual name for a bear, for Paddington was the name of the station.”

In a scene reminiscent of this meeting, the British stamp shows Paddington sitting at Paddington Station. A tag attached to his red hat reads, “Please look after this bear. Thank you.”

In 1959, the second book, More About Paddington, was published. This book is honored on a first-class stamp in the 2006 Children’s Book series (2337).

In the illustration by Peggy Fortnum, Paddington is holding a jar of his favorite food, marmalade.

The third Paddington Bear stamp is part of a Jan. 7, 2014, set commemorating classic children’s television. The scene shown is from the 1975 television series, written by Bond, directed by Ivor Wood and narrated by Michael Hordern.

Bond based Paddington on a stuffed bear he purchased on Christmas Eve in 1956 as a present for his wife. However, as the stories clearly state that he came as a stowaway from the “darkest Peru,” Paddington has come to be associated with the spectacled bear, the only native bear of Peru.

This endangered species, also known as the Andes bear (Tremarctos ornatus), has been featured on postage stamps.