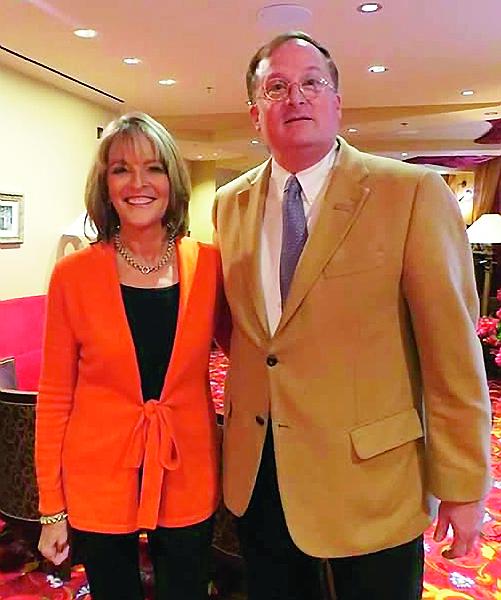 David B. Robinson is a CPA who also pilots a tour boat in Richmond, Va., and works as a part-time stamp dealer.

But these days he’s best known for his appearance in the Jan. 18 CBS Sunday Morning report on the stamp hobby.

Last year, Robinson and his wife Gail found one of the 100 panes of the upright $2 Jenny Invert that were printed and distributed in 2013 by the U.S. Postal Service.

He recently spoke with Linn’s about being interviewed for the program by correspondent Rita Braver.

He clearly enjoyed the experience, and spoke highly of the network people he came into contact with.

“Dustin and Rita were fascinated that I had three careers,” Robinson said.

Together, Robinson and Braver opened up 25 of the sealed Jenny Invert stamp packages, which Robinson had purchased before filming began.

They asked him what he would do with the 3,000 normal panes of stamps he and Gail purchased before finding the upright variety.

“As a stamp dealer, I’m going to sell them for discount postage,” he replied.

Braver and Stephens had a lot of questions about the stamp hobby, Robinson said, including which stamps are the most valuable, and what Robinson thought about the Postal Service intentionally manufacturing a rarity and marketing it. He described it as being both a good thing and a bad thing.

Obviously, it turned out well for him.