The Internet offers many stamp-related videos for viewing 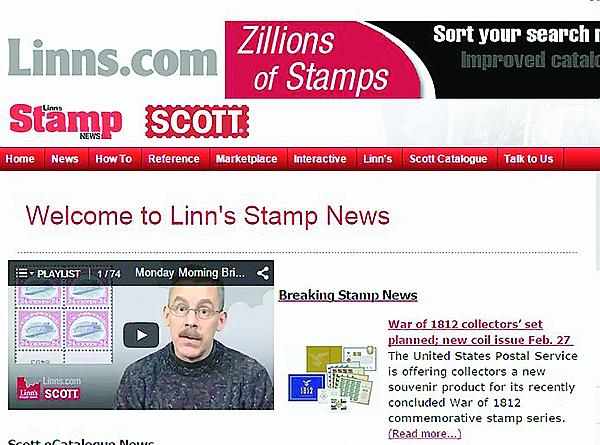 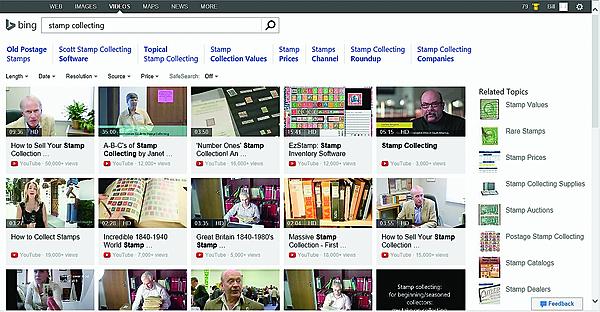 Displayed here are more than a dozen of the Bing search engine results when searching under the videos category for “stamp collecting.” 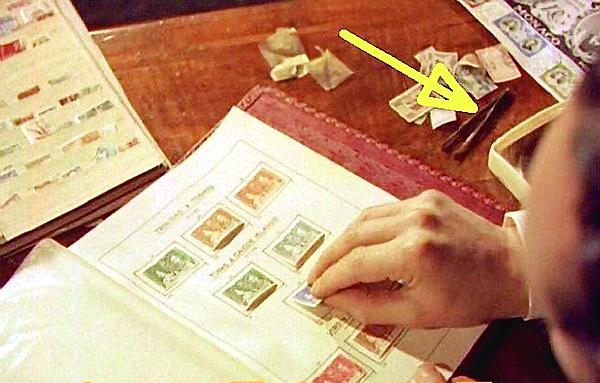 An image from a video about stamp collecting found on the British Pathe News site shows how not to handle stamps. The video is here. 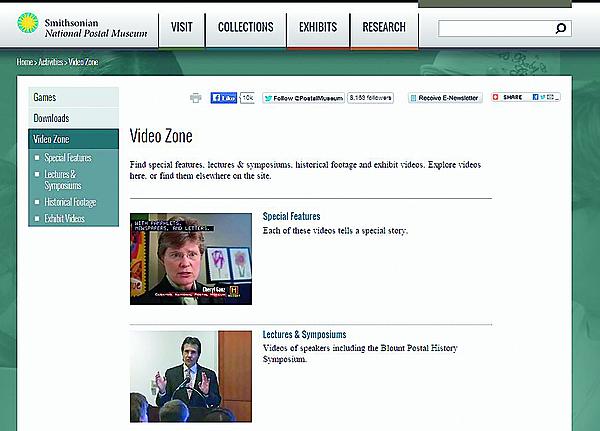 The top half of the National Postal Museum’s Internet page with links to videos.

You might want to take a break from your stamp albums during these long winter nights and watch some videos about stamp collecting. There are hundreds to choose from.

The National Postal Museum offers many videos at http://postalmuseum.si.edu/activities/video-zone/index.html.

The top half of the page is shown nearby.

You can view several of the Maynard Sundman lecture series talks here, including one from 2008, in which Mystic Stamp Co. president Don Sundman and American Philatelic Society past president Janet Klug talk about their book, 100 Greatest American Stamps.

The American Philatelic Society presents a short list of video clips at stamps.org/videos.

At the APS YouTube video site, www.youtube.com/user/AmericasStampClub/videos, links to additional videos are available.

British Pathe News, www.britishpathe.com, includes several newsreels related to stamp collecting. Use the search box near the top of the page to look for “stamp collecting.” Many of these clips have no sound.

One frame from a newsreel describing British stamps, www.britishpathe.com/video/stamp-collecting, shows how not to handle stamps. See the nearby image. The arrow points to stamp tongs, but the collector is using his fingers to remove a stamp from the album.

The Virtual Stamp Club, www.virtualstampclub.com, presents links to 23 stamp-related videos. Select “article archives” from the boxes on the left side of the page and scroll down to “video.”

The video found by clicking on the link titled “The First Stamp Album” shows an 1863 French stamp album with stamps pasted onto the pages. There were no stamp hinges or mounts then.

Blake was an early fictional detective similar to Sherlock Holmes. He even had an office on Baker Street. Blake is a stamp collector and is shown in the film with his album and attending a stamp auction.

To find these two films and other videos at the site, click on “video” under the “all sections” selection at upper right on the home page. However, clicking on the video link does not always result in a watchable window.

You can look for other stamp videos with an Internet search. I recommend using Microsoft’s Bing search engine, as shown nearby.

When you search for videos here — I’d suggest you search for “stamp collecting” or “philately” to start — you’ll see thumbnail views of the opening screens.

Hover your mouse over one of these thumbnails to start the video playing in a small window.

You can click on the window and continue watching in either a larger window or a full-screen view.

Bing displays more videos in the related topics list at the right side of the page. Other items are shown in blue at the top of the page.

You also may want to view the short “Monday Morning Brief” video available at www.Linns.com or at www.youtube.com/user/LinnsStampNews. Linn’s and Scott editors provide a weekly summary of what’s new in the stamp collecting world.