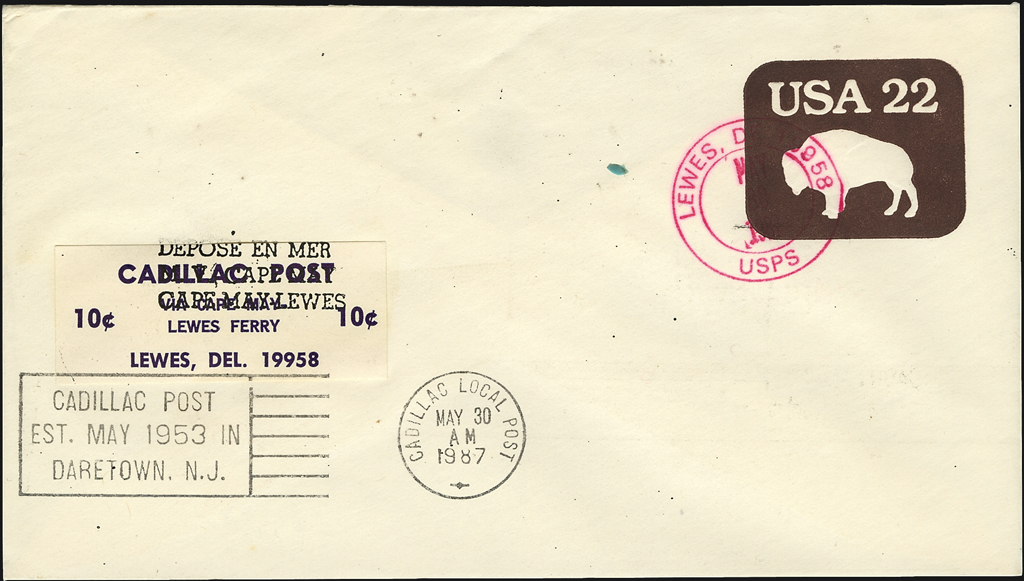 The author’s last Cadillac Post cover is this example from 1987. It seems to have traveled between Cape May, N.J., and Lewes, Del., by ferry. 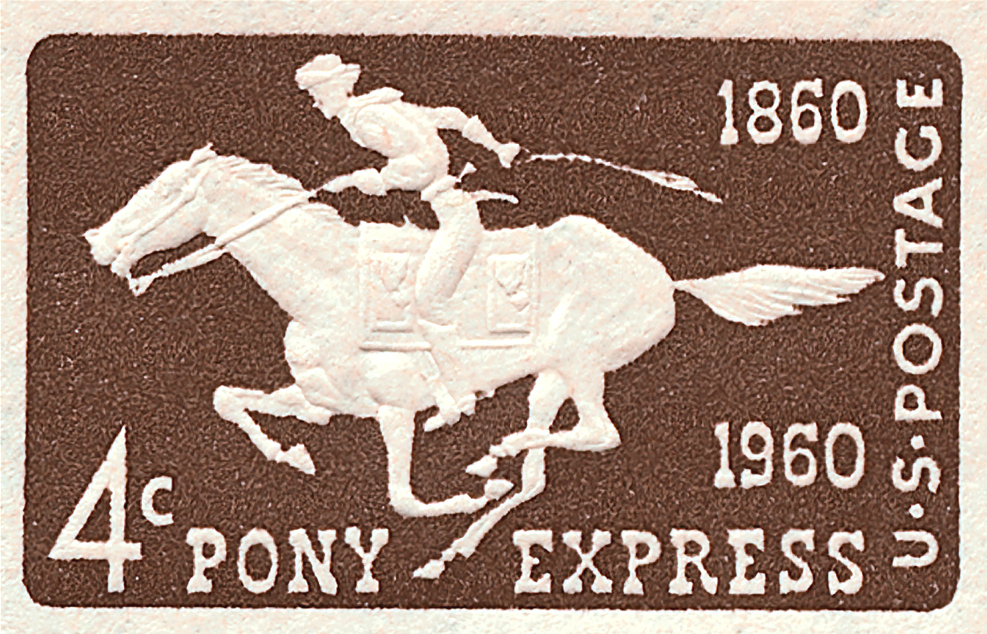 A cut square of the indicia from the United States 4¢ stamped envelope issued in 1960 to mark the centennial of the pony express. 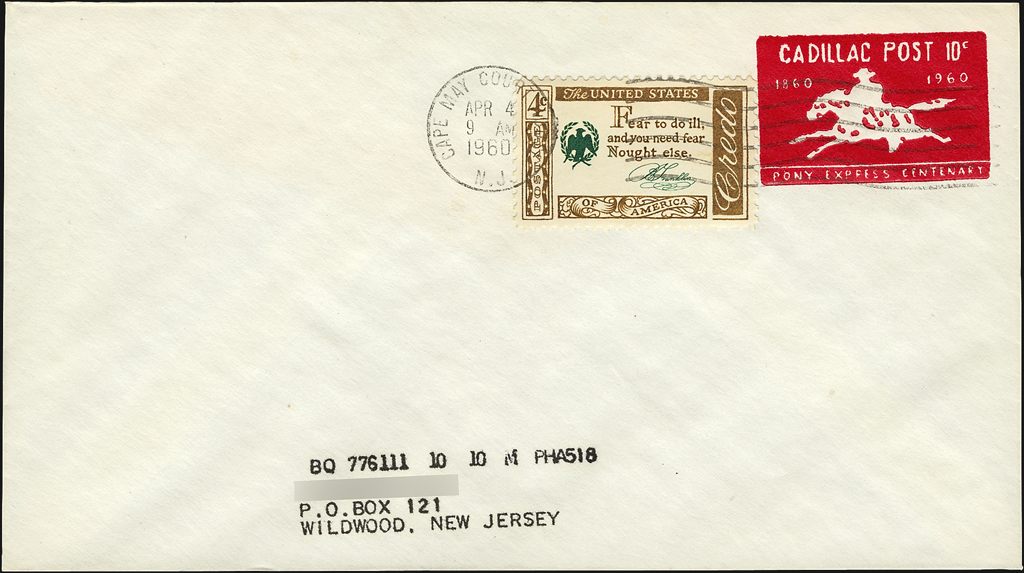 The author’s earliest Cadillac Post cover is dated in 1960 and features a 10¢ red pony express printed indicia that mimics the United States postage printed indicia for the same subject. The indicia from the U.S. envelope is shown below.

Over the years, I’ve seen Cadillac Post local covers but was never able to pin down their story. A recent cache found at a dealer table has helped.

According to publicity releases, Cadillac Post was born in 1953 in Daretown, N.J., but my earliest cover was canceled in 1960.

This 1960 cover features what looks like a stamped envelope indicia that is clearly marked “Cadillac Post 10c 1860-1960 Pony Express Centenary.”

Given that the United States Post Office Department had issued a 4¢ stamped envelope for the pony express centennial not unlike the Cadillac Post version, it is a wonder that the Cadillac Post covers were not refused by post office staff.

My guess is that local post office employees were simply not that aware of the 4¢ stamped envelopes, and thus did not know of the close match.

A 1962 Cadillac Post cover I have contains a one-page mailer that gives a little bit of background on the service.

Among other things, it explains the name.

Apparently, when the service began, the mail was carried in a 1952 Cadillac Coupe Deville over a 60-mile route starting and ending at Wildwood, N.J., on Cape May.

The service has issued a variety of labels showing many different subjects.

The last cover I have is dated May 30, 1987, and celebrates the 33rd anniversary of the service. The local stamp affixed to this cover is not one of the illustrated labels usually used. Rather it is a text-only label that reads, “Cadillac Post Via Cape May-Lewes Ferry 10¢ Lewes, Del. 19958” in blue.

After the label was affixed, it was overprinted, “Depose en Mer m/v Cape May-Lewes.”

I’m sure there is a story there, but I don’t know what it is. I also don’t know if the Cadillac Post endured for additional years.

I wonder if a complete collection has ever been formed, or a complete checklist developed.

If so, I’d appreciate the opportunity to get a copy so more information could be shared with Linn’s readers.