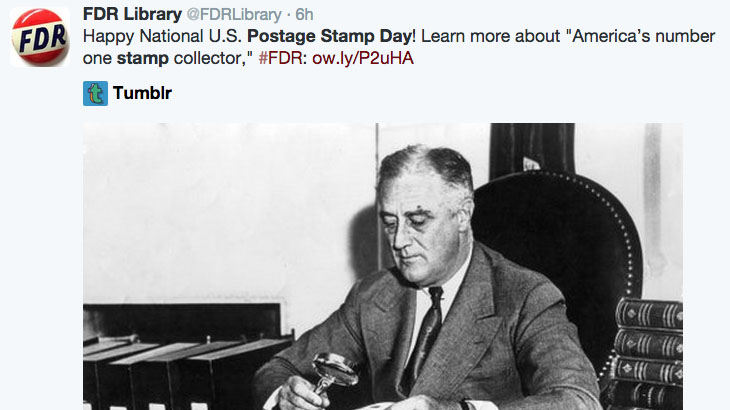 @FDRLibrary was among the accounts that tweeted about National U.S. Postage Day on July 1. 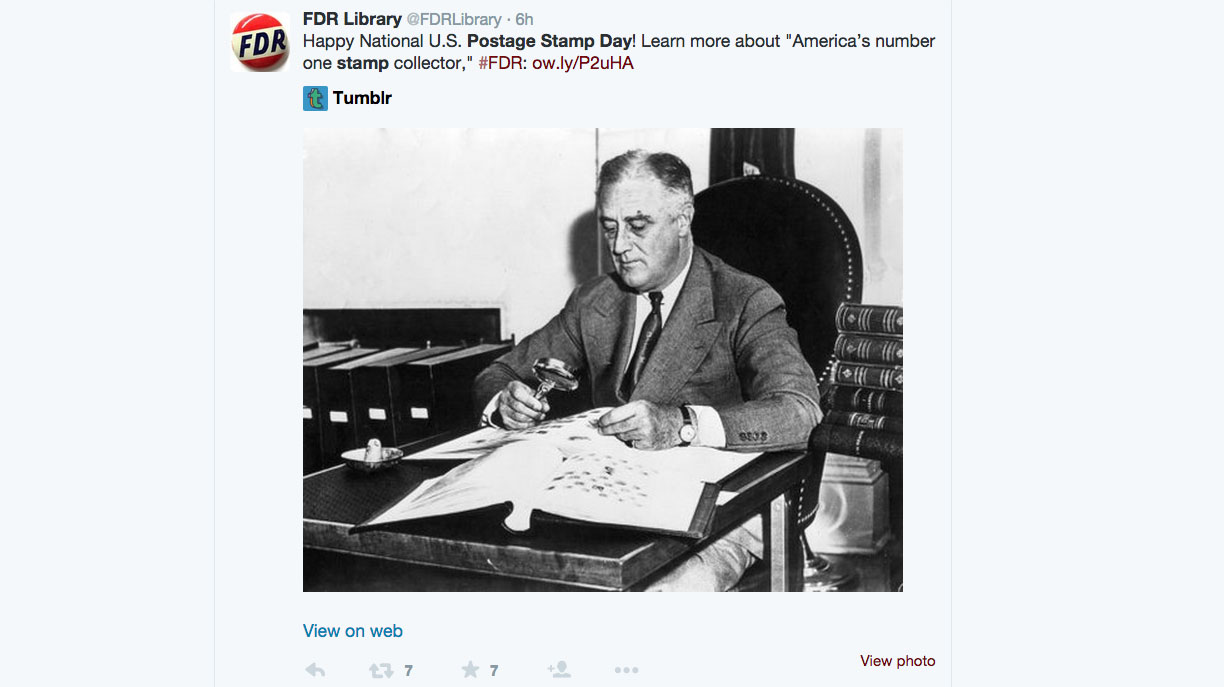 @FDRLibrary was among the accounts that tweeted about National U.S. Postage Day on July 1.
Previous
Next

July 1 is National U.S. Postage Stamp Day, according to NationalDayCalendar.com.

And according to others, too.

The topic is a hot one on Twitter, where the @USPSStamps, @FDRLibrary and @USNatArchives are all celebrating the unofficial holiday.

"Stamp collectors need look no further than their own albums to find symbols relating to the old Confederate States of America. Besides stamps and postal history of the C.S.A. itself, there are U.S. stamps that portray icons of the Confederacy."

"If you agree with the maxim 'you can never have too many shoes,' you may want to start examining postage stamps for the variety of footwear found there."